Gigabyte has launched the first graphics card of it AORUS series gaming brand which is GeForce GTX 1080. AORUS is a premium gaming brand from Gigabyte that makes high-end gaming products. The gaming products line up of Aorus includes laptops, motherboards, keyboard, mouse, earphones and now graphics cards. The first graphics card introduced by Gigabyte in the AORUS gaming series lineup is GeForce GTX 1080 AORUS xtreme edition 8G. I think Gigabyte has made this move to compete with the Asus ROG STRIX series graphics cards that offers best gaming performance. Let us now talk about this AORUS GTX 1080 video card in detail.

GeForce GTX 1080 AORUS xtreme edition 8G is a high-end end graphics card that comes with 8GB GDDR5X memory. It is based on the latest Pascal GPU architecture from Nvidia. You can play latest games at Ultra settings on 1440p and 4K at playable frame rates. The cooling unit on this AORUS graphics card is new and it is called WINDFORCE Stack cooling system. It also consist of three fans like WINDFORCE 3X cooling system present on GeForce GTX 1080 D5X 8G but Stack Cooler on AORUS is slightly bigger and has more copper heat pipes & copper plates for far more better cooling. 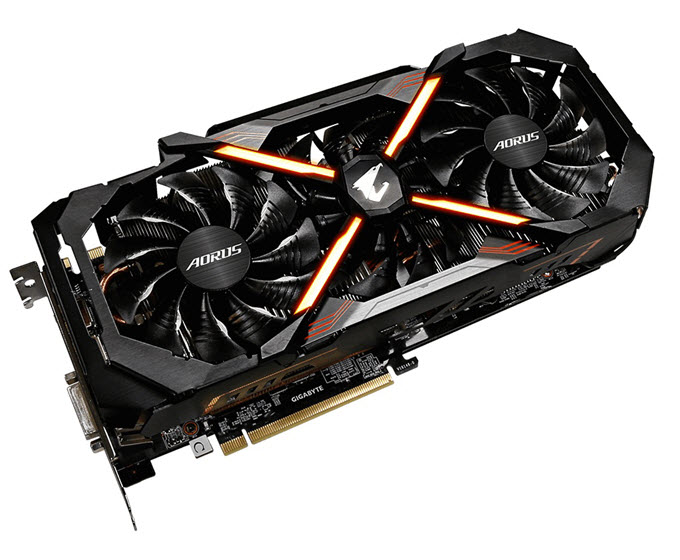 WINDFORCE Stack 3x cooling system has stack based design that dissipates heat much better and is cooled down by three 100mm fans. Due to this stack structure the height of the card is slightly is increased and it occupies almost 4 slots on your motherboard or PC case. There is a large copper base plate present which has direct contact with GPU and VRAM for efficient transfer of heat generated to the heatsink which increases its cooling performance. There is also a large metal plate present on the back side of the card that gives it strength and rigidity. On this metal back plate a copper back plate is also there for dissipating heat from the back side of card and increasing its cooling performance. 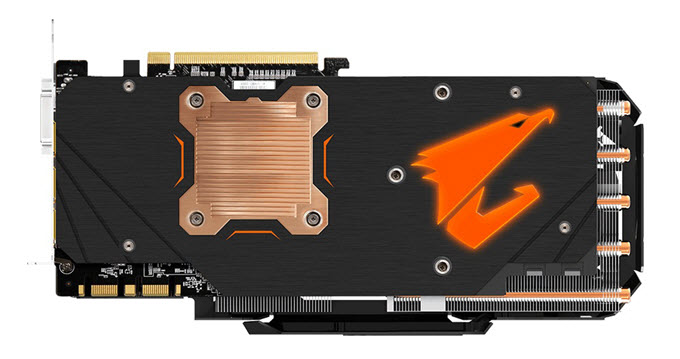 Coming to reliability, the card has got Titan X-grade Chokes and Capacitors for Extreme Durability.

On the connectivity front GeForce GTX 1080 AORUS xtreme edition 8G comes with 7 display output ports which means you can connect up to 7 monitors on it simultaneously. There are 3 HDMI ports, 3 DisplayPorts and 1 DVI port. Out of the 7 ports, 2 HDMI ports are reserved for connecting VR devices. The two HDMI ports for VR units are located on the inner side of the card. This is really great for users who wanted to build a powerful VR Gaming PC. 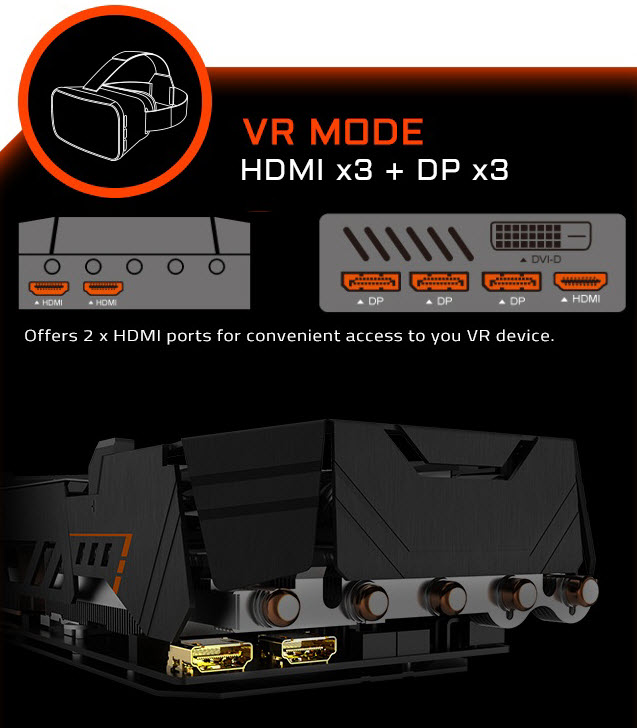 Just like Asus ROG STRIX series cards, Gigabyte has introduced the AORUS Outlook which gives the card 16.9M Customizable RGB lighting. You can customize the colors and lightning effects according to your choice.

From the above table we can see that GPU clock frequencies of both Asus ROG STRIX GTX 1080 and Gigabyte AORUS GTX 1080 are same. Now we come the memory clock of both these cards.

From the above table you can see that Gigabyte AORUS GTX 1080 memory is much faster than the Asus ROG STIX one and this will definitely give Gigabyte AORUS  GTX 1080 a definite edge in the gaming performance. 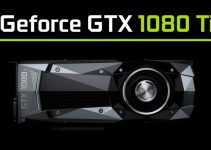 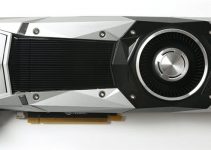