If you are into game streaming and looking to build a budget streaming PC for game streaming then here I am going to tell you on how to do so. Game streaming has become very popular with the rise of game streaming platforms such as Twitch.tv and YouTube later on.  Now gamers from all over the world can stream their games live and showcase their gaming skills on the internet. It is fun to watch the gaming live-stream as much as the movies.

If you want to stream from a gaming console i.e. Xbox or PlayStation then you require a video capture card to capture the game video from the console and then stream it on to the internet. Here in this post, I am going to build an affordable twitch streaming PC so that you can broadcast your live gameplay online to millions of viewers all over the world. You can also record your games and then broadcast afterward when you feel like. This game streaming build will let you stream games at 1080p with around 60 FPS and can also be used for streaming on other gaming platforms such as HitBox, Beam, Azubu, Bigo Live, Afreeca, Disco Melee, Gosu Gamers, Facebook game streaming, YouTube game streaming, etc.

P.S. – You will need softwares like Open Broadcaster Software (OBS) or XSplit to stream live gameplay on Twitch servers. You can also record your gameplay using these softwares and then stream it later.

Here are the best budget components that you will need to build a good video game streaming PC at an affordable price.

The most important component of a streaming PC is the CPU because it does all work that involves transcoding of the rendered images or video by the graphics card to the video format specified by the game streaming sites. The CPU I have chosen here is AMD Ryzen 5 2400G which is a second-generation Ryzen processor built on 14nm manufacturing process using Zen architecture. This is technically an APU which means it comes with inbuilt GPU along with the CPU. 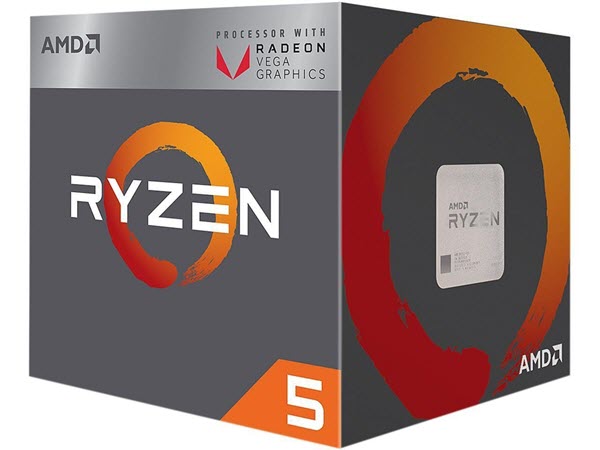 AMD Ryzen 5 2400G is a 4-core / 8 thread processor that has got base clock of 3.6 GHz and boost clock speed of 3.9 GHz. It comes with a total of 6MB cache and powerful Radeon Vega 11 Graphics. Currently, this processor has the best integrated graphics which is powerful enough to run even the latest games at decent settings. This is an unlocked processor and you can overclock it to higher frequencies using better cooling or CPU Cooler. It supports DDR4 RAM up to 2933MHz in dual channel mode.

It is based on AM4 Socket and comes with Wraith Stealth Cooler. The power consumption stands at 65W TDP which I think is on the lower side only. This quad-core CPU is powerful enough to stream videos at 1080p resolution and is also great for building a powerful HTPC. Also, we don’t need a discrete graphics card with this processor and it will save us quite a bit of money too.

This is a Micro-ATX AM4 Socket motherboard with the high-end AMD X370 chipset. I am not using the latest AMD X470 motherboards here because they are quite expensive and may exceed your budget. This motherboard supports AMD Ryzen & 7th Generation A-series/ Athlon Processors and Overclocking for achieving higher performance. This is more than just a basic motherboard and comes with advanced features and ports without being heavy on your pocket. 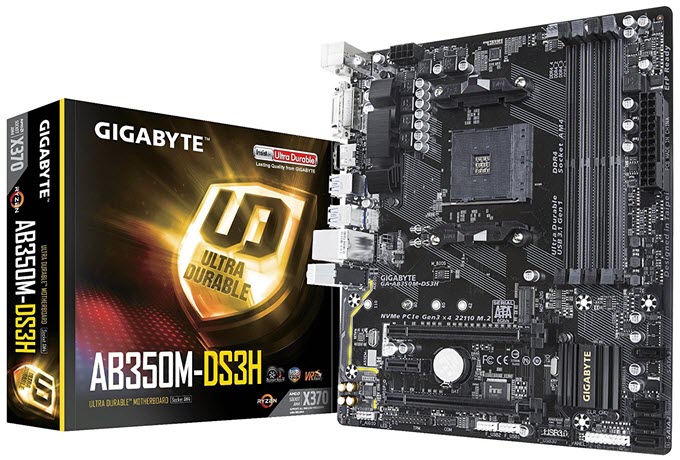 It comes with two PCI-E x16 slot for the graphics card, one PCIex1 slot for expansion cards, one M.2 port for M.2 SATA and NVMe PCIe solid state drives and supports 64GB DDR4 RAM up to 3200 MHz through overclocking. Display connectivity options include DVI and HDMI ports. You can check out its major specifications and features from the table given below.

This is a budget DDR4 gaming RAM from Crucial. It supports Intel XMP 2.0 and can reach speeds up to 2666MHz. Here I am using 8GB single module because you can easily add another one if you want to upgrade in the future. Ballistix Sport LT DDR4 is low profile RAM that comes with an aluminum heatspreader for better cooling and heat dissipation. For now, 8GB RAM is more than enough for a game streaming PC build.

It is better to have an SSD, especially for a boot if you want your OS and programs to load faster and snappier in working. The SSD here I recommend is Crucial MX500 250GB SATA 2.5-inch SSD that offers a great balance between performance and price. It has got Read and Write speed of 560 MB/s and 510 MB/s respectively which is almost the same as of the Samsung 860 EVO SSD. It has an endurance rating of 100TBW and comes with a 5-year warranty. 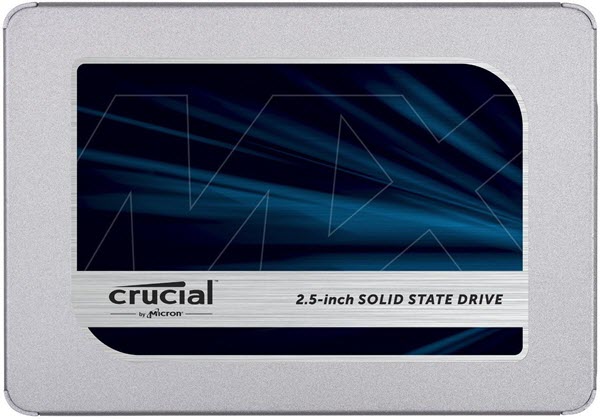 For storing your game streaming videos and other files a good 1TB hard drive is enough for the purpose. Here I have picked WD Blue 1TB HDD which is a 7200 RPM hard drive and comes with 64MB cache. This is a very reliable regular hard disk that is also good on performance. If you want a 2TB hard drive then go for the Seagate Barracuda 2TB HDD because then the 2TB version of WD Blue has a spindle speed of 5400 RPM only. 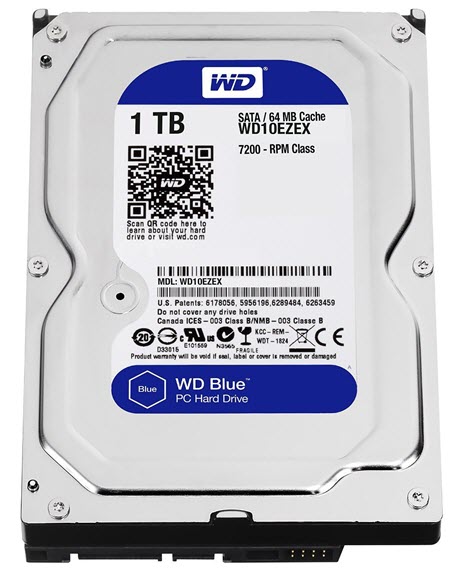 You don’t need a dedicated graphics card here because the onboard Radeon Vega 11 Graphics on AMD Ryzen 5 2400G APU processor is more than enough for this budget streaming PC.

Check out: Best Graphics Cards under 100 Dollars for Gaming

If you are streaming from gaming consoles such as Xbox or PlayStation then you need a Video or Game capture card for it. You can check out some of the good video capture cards from the link given below.

A decent 400 Watt PSU is more than adequate for this gaming streaming PC. Here I have chosen EVGA 400 N1 PSU which is a budget power supply and comes with a single 12V Rail that has 30A current on it. It has got a single 120mm silent fan and comes with all the cables and connectors that you need including 6-pin / 8-pin PCI-Express power connectors. 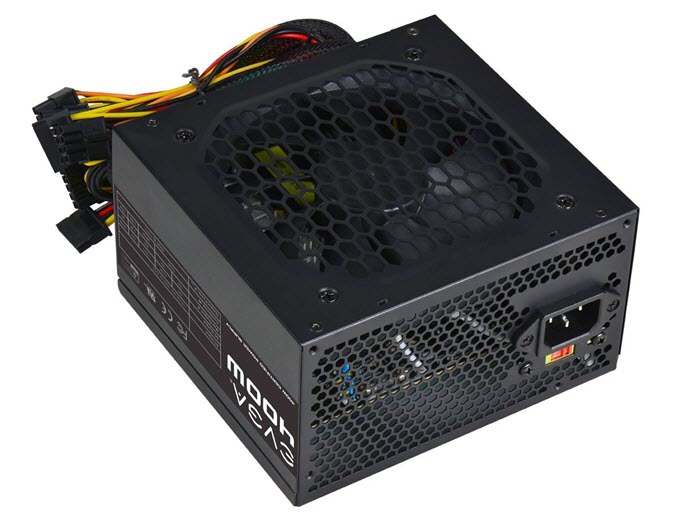 The various protection features include OVP (Over Voltage Protection), OPP (Over Power Protection), and SCP (Short Circuit Protection). You can also look at some other budget power supplies from the link given below.

You don’t need an expensive computer case for this streaming build as a good cheap PC case will do the job well enough. Here I have selected Rosewill SRM-01 Mini-Tower case that can support up to Micro ATX sized motherboards. This is a small form factor case and can easily fit all the components for this game streaming setup. 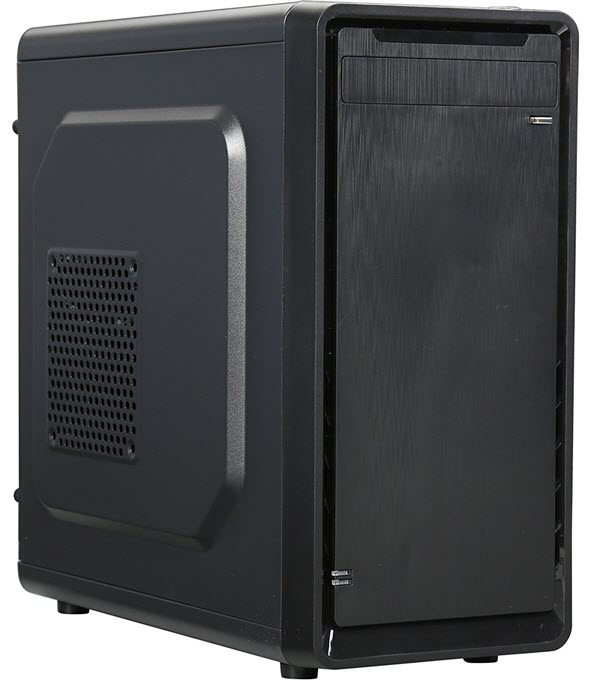 It is just regular normal looking case that offers two internal 3.5″ / 2.5″ drive bays, and for cooling it comes with one 80mm rear fan preinstalled but you can optionally install one 120mm case fan at the front. On the front panel, you will get one USB 3.0 port, one USB 2.0 port, and audio ports. The case can accommodate 300mm long graphics card and standard ATX PS2 power supply. The build quality is average and it is one cheapest computer cases in the market with decent quality.

This budget game streaming PC will let you showcase your gaming talent on game streaming sites such as Twitch and you can also do other tasks such as video editing on it. It is also powerful enough to run less demanding games and eSports titles on decent graphics settings if you want it as a secondary gaming PC for some purpose. If you have got any doubts or queries regarding it then please leave a comment below. 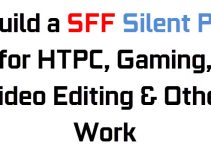 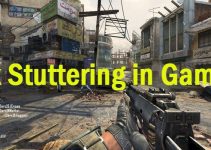