If your GPU usage is maximum i.e. 99% or 100% in games then your graphics card is working at full potential and you will get maximum performance from it in games. However, if you have high or 100% CPU usage in games then you will face major performance issues that include stuttering and lower FPS. High CPU usage can bottleneck your graphics card that translates into low GPU usage and thus you will get lower FPS in games.

High CPU usage in games when you have a weaker or older processor is pretty much understandable especially when playing a CPU intensive game, but if you have a modern-day powerful processor with many cores (more than four), and then also getting 100% or high CPU usage then the problem lies in other areas. So, here I am going to list down the major causes of high CPU usage, along with their solutions.

How to Monitor CPU Usage

In games, you can monitor the CPU usage using the MSI Afterburner software, and in Windows, you can do it by using the Task Manager, or if you want to get into more detail then you can use a great third-party utility, which is Process Explorer.

Here are various causes with their solutions that can help you to fix very high or 100% CPU usage in games.

Make sure that you don’t have any services or processes running in the background having high CPU usage. To check this, close all the opened programs and then open your task manager and check your Idle CPU usage. The idle CPU usage should be around 1% to 5% in most of the cases. If your idle CPU usage is on the higher range i.e. above 10% or 20% then identify the services and processes that are eating your CPU and terminate them. Also, identify the programs that are associated with that service and if it is bloatware or unwanted program that you don’t use then uninstall them. However, if it is a system process or service then try to identify the real cause for them to consume your CPU because in normal cases, they don’t cause high CPU usage continuously. If you want to dig into more detail about each process and program then you can use processor explorer, which is a great small utility to monitor the background processes and services and provides detailed information about them. 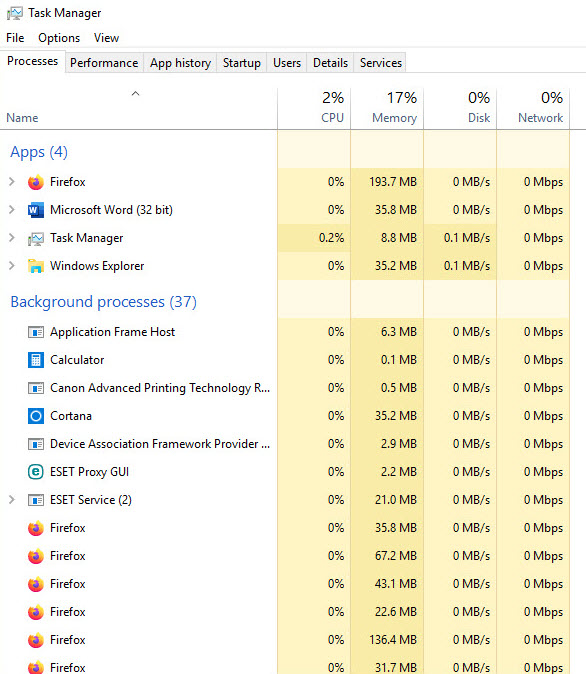 When gaming, try to avoid running any programs in the background that include your browser, anti-virus program, etc. It is better to close all the programs when gaming because some programs may interfere with the game and may cause unpredicted behavior that can result in high CPU usage. Also, get rid of all the bloatware and unwanted programs in your computer and keep the Windows OS as clean as possible. Generally, Windows in-built Program Uninstaller does the job well but if some programs are not uninstalling or you want to remove all the traces of uninstalled programs then you can use Revo Uninstaller, which is a very good third-party uninstaller having a clean and simple user interface.

If your computer is infected with viruses, trojans, ransomware or any other kind of malware then in most cases they can cause high CPU usage by running some kind of malicious code or processes in the background. You can identify these malicious processes by running the task manager and checking if there is any unidentified or suspicious process running in the background that is consuming too much of your CPU. To remove these viruses and malware, you can use a good anti-virus and anti-malware software. For antivirus, I would suggest using ESET NOD32 antivirus and for anti-malware, I believe there is nothing better than Malwarebytes anti-malware.

Well, a recent Windows 10 update can result in high CPU usage, even when you are doing nothing i.e. on idle. For example, recently KB4512941 update to Windows 10 has caused high CPU usage (even on idle) for many users, because of some issue with the SearchUI.exe process that is tied to the Cortana’s search functionality. In such cases, you have to either uninstall the update completely or disable the affected feature and wait for the new update to come that hopefully contains the fix for it. Also, it is better not to use a cracked version of Windows because some of them may contain malicious programs hidden in them that can interfere with the normal working of Windows and can also steal your data. So, it is better to use only Genuine Licensed copy of Windows operating system.

Sometimes buggy drivers can cause high CPU usage and this has happened recently with Nvidia graphics driver 430.39, where the driver component NVIDIA Container, or nvdisplay.container.exe was responsible for causing the high CPU usage and was slowing down the systems. To fix this, uninstall the buggy GPU driver completely using Display Driver Uninstaller (DDU) and install other versions of the graphics driver, preferably older ones. So, make sure that the device drivers are not causing the spike in CPU usage.

Make sure your Windows Power Options Plan setting is not set to Power Saver mode. It should be either set to Balanced or High Performance Mode if you are facing high CPU usage during gaming. You can check this setting by going to Control panel->Power Options and then change or customize the plan setting accordingly.

If your Windows operating system has become corrupted because of viruses, malware, malicious programs then it will impact the proper functioning of the OS and may result in high CPU usage. Here, the first thing to do is to repair the system files by running the sfc /scannow command at the command prompt and let it do its task. If the command is unable to repair the files then you can reset the Windows PC by going to settings->update & security->recovery->reset this PC. If this fails too then the last and the best option is to clean install Windows by formatting everything on the root drive.

Some games with bad optimization can cause very high CPU usage, even when you have a powerful latest CPU (with six cores or more). To fix this, you can search the internet and consult various game forums that may contain valuable suggestions or temporary fixes to mitigate the issue. These fixes or hacks generally involve tweaking or changing some game files. If the game publisher releases the patch that contains high CPU usage fix, then install that to permanently resolve the problem.

If you have older and weaker CPU then high or 100% CPU usage will bound to happen in the latest AAA CPU intensive games. Here, you can use CPU core parking software to disable CPU core parking that may provide some improvement in performance, but you can’t escape the problem completely. The only way to fix this permanently is by upgrading your CPU to a better one. In the current day and age, I would suggest getting a CPU having six cores (Hexa-core) or more.

Must Read: Guide on Finding the Right CPU for your Gaming PC

If you have any queries regarding this issue then you can ask me in the comment section below. 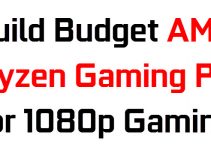 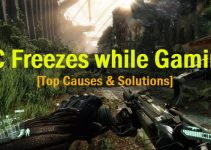 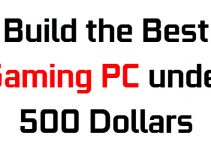