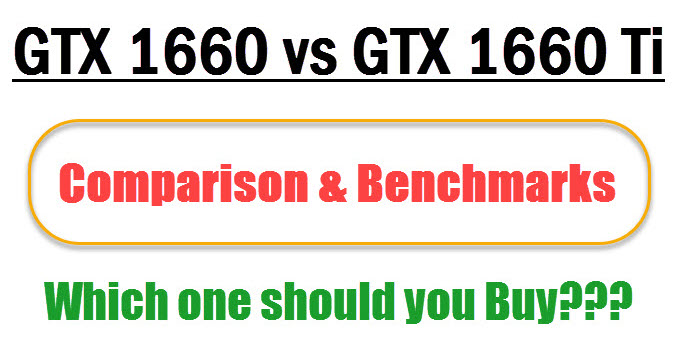 Many of the PC users and gamers are in dilemma that whether they should go the top of the range GTX 1660 Ti, or is it a better idea to save some money for other components or upgrades, and go for its younger brother, which is GTX 1660. So, to clear this confusion out, here I am going to compare both these graphics cards on different parameters, so that you can have a more complete idea about them, and can make a well informed decision on buying your new graphics card. Let’s get started!

Here is a clear cut comparison between GTX 1660 and GTX 1660 Ti graphics cards based on their specifications, performance, pricing, power consumption, and features.

When it comes to video memory, then both these two graphics cards come with 6GB VRAM having 192-bit interface, but differ in memory type and speed. GTX 1660 Ti comes with GDDR6 memory at 12Gbps speed, and offers bandwidth of 288 GB/s, while GTX 1660 has got GDDR5 memory running at 8Gbps, offering total bandwidth of 192GB/s, which is significantly less than in GTX 1660 Ti. The faster memory in GTX 1660 Ti helps in high resolution gaming, especially at 1440p, and in applications where memory speed plays an important role in determining the outcome of the result.

Both these cards are VR ready and come with the same features that include support for DirectX 12, OpenGL 4.5, Vulkan, OpenCL, G-Sync, Nvidia Ansel. They come with Nvidia’s new NVEC Encoder that delivers 15% improved efficiency over previous generation Nvidia graphics cards and is optimized for Open Broadcaster Software (OBS). Also, they come with Dedicated FP16 Cores and supports Adaptive Shading / Motion Adaptive Shading (MAS) / Content Adaptive Shading (CAS). Although both these cards are based on Turing GPU architecture, they do not come with RT cores for Real Time Ray Tracing and Tensor cores for AI and DLSS. Also, SLI support for these cards is also absent. 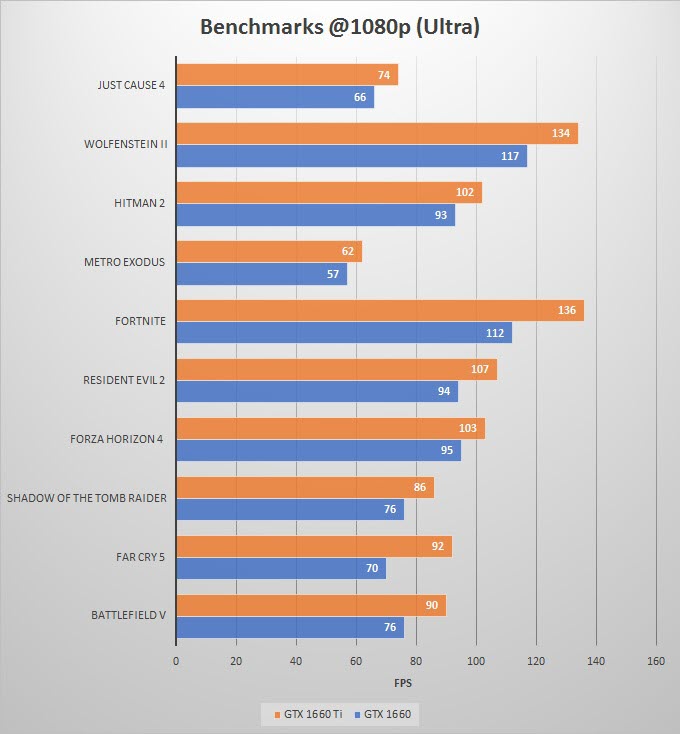 The base variant or reference model of GTX 1660 is priced at $219 MSRP, and that of GTX 1660 Ti at $279 MSRP. There is a $60 price difference between these cards, which can be a deciding factor when it comes to buying. Some of the other models of these cards with higher overclocking and with dual & triple-fan cooling do cost a little extra, and you can check the current prices of them from the links given below.

Well, It is really hard to choose between these two graphics cards, especially for 1080p gaming, as both of them are quite capable of running latest games at ultra-graphics settings at 1080p with 60 FPS or more on average. However, if you are on very strict budget then it is better to go for the base model or variant of GTX 1660 at $219, but if you can stretch your budget a little bit more, and want to have a shot at 1440p gaming too, then getting a GTX 1660 Ti is an intelligent choice. On average, GTX 1660 Ti is around 12% to 15% faster than GTX 1660, which is not a huge margin but the extra FPS gain always come in very handy, especially when too much action is going on in a game at some moment, and you don’t want to face performance lag due to it. If you still have any confusion regarding which card to buy, then you can ask me your queries in the comment section below. 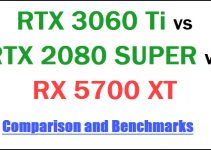 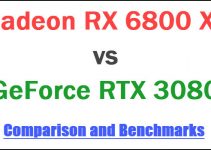 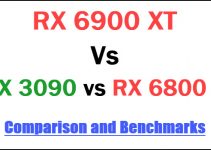