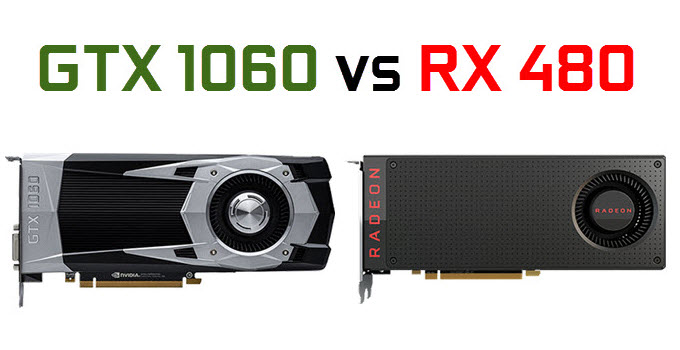 Here is a comparison of GeForce GTX 1060 and Radeon RX 480 graphics cards based on their specifications and gaming performance.

GeForce GTX 1060 comes in two memory variants, one with 3GB GDDR5 memory and another one with 6GB GDDR5 video memory. The 3GB version is slightly less powerful because it also has 128 CUDA Cores less compared to the 6GB variant. The memory interface for both variants is 192-bit only.

On the other hand, Radeon RX 480 comes with 4GB and 8GB GDDR5 memory versions. Unlike GTX 1060, the stream processors in RX 480 for different memory variants remain the same at 2304. The memory interface for RX 480  is 256-bit and thus it has considerably higher memory bandwidth compared to GTX 1060.

Both GTX 1060 and RX 480 support the latest APIs that include DirectX 12, OpenGL 4.5, and Vulkan. In terms of features, Radeon RX 480 does have a greater advantage over GTX 1060 because RX 480 supports multi-GPU setup (CrossFire) and is VR Ready (AMD LiquidVR technology) which GTX 1060 lacks.

Both these graphics cards support their own variable refresh rate technologies to prevent screen tearing and stuttering in games. GTX 1060 supports G-Sync and Radeon RX 480 has FreeSync.

The gaming performance of both these high-end graphics cards is very close to each other. At 1080p gaming, in older APIs like DX11, GTX 1060 has better performance while in DX12 and Vulkan, RX 480 is better most of the time. In terms of overall performance, we can say that there is a tie between GTX 1060 and RX 480 because in some games GTX 1060 is faster, and in some RX 480 has better performance. It must be noted that GTX 1060 was generally faster in the beginning but with the latest AMD Driver update, Radeon RX 480 now leads in performance over GTX 1060.

In terms of pricing Radeon RX 480 wins because it is a bit cheaper than the GeForce GTX 1060. You can check the prices of both these graphics cards from the links given below.

Both GTX 1060 and RX 480 are solid graphics cards for gaming on ultra settings at 1080p and 1440p (with some lower graphics settings). Both of them are very close to each other both in terms of performance and pricing. The main advantage of GTX 1060 is that it consumes lesser power but RX 480 is more future-proof and comes with higher memory capacity & bandwidth, and also it is a bit cheaper. So my pick here would be the Radeon RX 480 with 8GB GDDR5 memory. If you still have any queries or doubts then feel free to ask me by leaving a comment below. 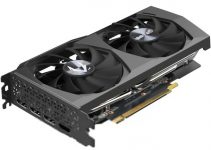