Turing is the immediate successor of Volta GPU architecture. The architecture is built on the 12nm fabrication process and supports GDDR5, HBM2, and GDDR6 memory. The Tensor GPU architecture comes with CUDA Cores, RT Cores, and Tensor Cores in a single GPU chip (except GTX 16 series cards). It is the first architecture to support Real-Time Ray Tracing that is used for creating lifelike images, shadows, reflections, and other advanced lighting effects. Moreover, the Turing architecture also supports DLSS (Deep Learning Super Sampling), which is AI-based technology utilizing Tensor Cores to increase frame rates in games without compromising on image or graphics quality. However, it should be noted that to take advantage of these two technologies, the game must also support them (Ray Tracing and DLSS). The Turing GPU architecture provides up to a 6x performance increase over the older Pascal GPU architecture which is a great leap forward. 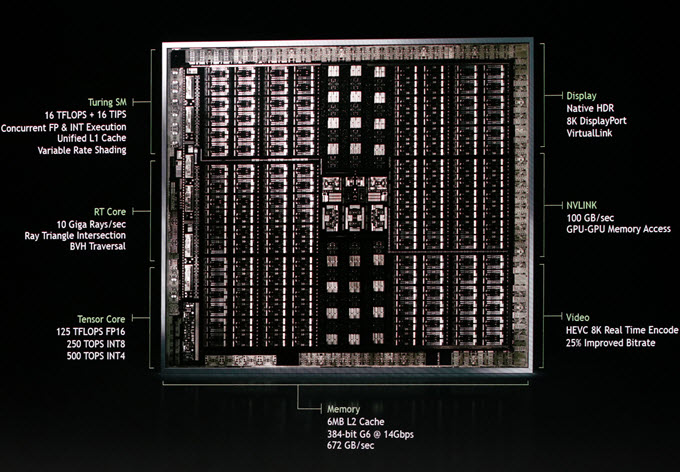 Ampere is the successor of the Turing GPU architecture. It is built on an 8nm fabrication process and supports high-speed GDDR6, HBM2, and GDDR6X memory. The GDDR6X memory is currently the fastest graphics memory that can reach speeds of up to 21Gbps and can offer bandwidth up to 1TB/s. The Ampere architecture provides a significant improvement over Turing and comes with 2nd generation RT Cores and 3rd generation Tensor Cores. These new RT and Tensor Cores deliver about 2X Throughput or Performance over the previous generation RT & Tensor cores used in Turing architecture. It means you get a significant performance boost in games and other applications when the game or application supports Ray Tracing and AI technologies. 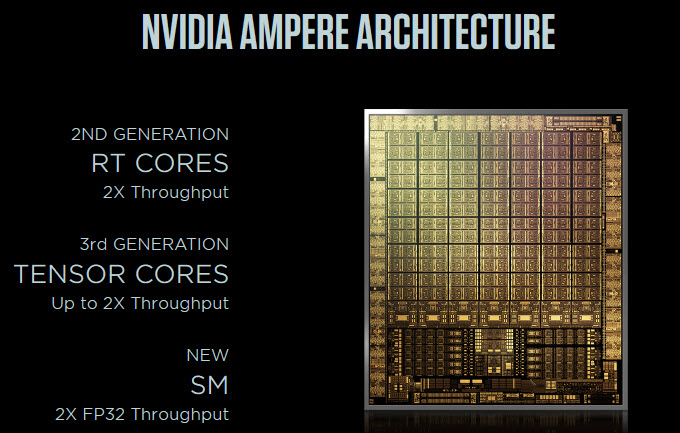 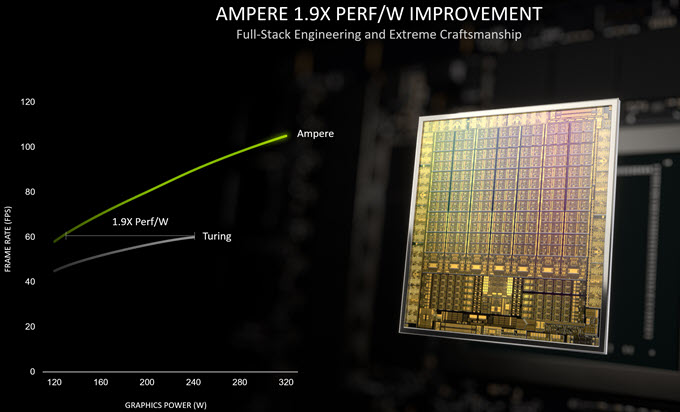 Another great addition to the Ampere is the support for HDMI 2.1 which supports the ultra-high resolution and refresh rates which are 8K@60Hz and 4K@120Hz. It also supports Dynamic HDR and the total bandwidth supported by HDMI 2.1 is 48Gbps. RTX IO is another new feature introduced with Ampere architecture that can reduce CPU I/O overhead and decreases the game loading time quite dramatically by decompressing the game textures/data inside the GPU Memory using the GPU. This feature works in conjunction with the Microsoft Windows DirectStorage API. The graphics cards that use Ampere GPU architecture are the RTX 30 Series graphics cards, which include GeForce RTX 3090, RTX 3080, and RTX 3070.

A quick and brief comparison of Ampere and Turing GPU architectures from Nvidia.

Well, Ampere GPU architecture does offer significant improvements when it comes to Ray Tracing and DLSS, but even when these features are not utilized, then also the performance increment in Ampere is greater than Turing. The other significant addition to Ampere is the PCIe Gen 4 support that offers much higher bandwidth and it can come quite useful in the future. If you have anything to add or say then you can do so by leaving a comment below. 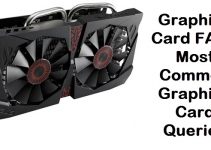 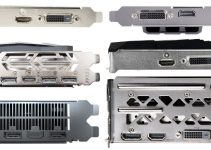