The launch of the GTX 1660 SUPER has made the GeForce GTX 16 series lineup pretty crowded and confusing. Now, we have three GTX 1660 graphics cards with very little alteration between them. We have the plain GTX 1660, the Ti version of GTX 1660 and now we have the SUPER variant of the GTX 1660 card. The main competitor of these cards from AMD is the Radeon RX 590 that is also a great card and offers great value for the money. All these cards offer performance that is very close to each other and that makes it difficult for the buyer to make a clear-cut decision. So, if you are getting confused about which card to choose from, for your gaming and work needs, then here I am going to compare these cards based on different parameters. 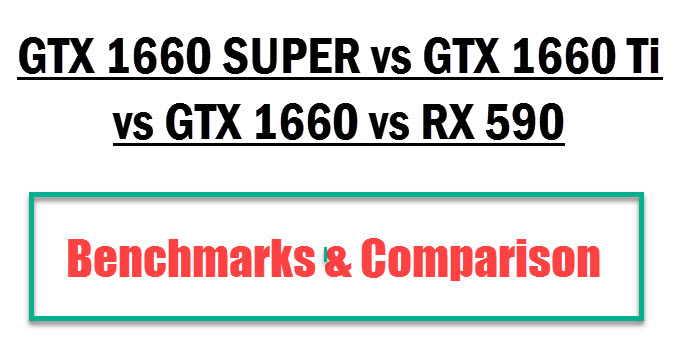 Here is a complete comparison between GTX 1660 SUPER, GTX 1660 Ti, GTX 1660 and RX 590 graphics cards based on their specifications, performance, pricing, power consumption and features.

Here, out of four cards, two comes with GDDR5 memory and the other two have newer and faster GDDR6 memory, but in different configurations. Here, the card that has the fastest memory is the newer GTX 1660 SUPER that comes with 6GB GDDR6 memory (with 192-bit interface) that operates at 14Gbps and delivers bandwidth of 336GB/s, which is 75% more than that of vanilla GTX 1660, around 17% higher than of GTX 1660 Ti and about 31% more than of RX 590. The card with the highest memory is the RX 590 that is equipped with 8GB GDDR5 memory having 256-bit interface. The faster memory of the card does help in memory demanding applications and modern games that come with large and complex textures.

All these are VR Ready cards that come with a great set of features and support DirectX 12, OpenGL 4.6 and Vulkan API. Also, all of them support FreeSync variable refresh rate technology to reduce screen tearing in games. Here, the only card that supports the multi-GPU setup is the Radeon RX 590. Besides gaming, all these cards support hardware based H265/HEVC and 4K H264 Encoding and Decoding for Video Editing and Rendering.

Here are some gaming performance benchmarks of these cards at 1080p and 1440p in the latest AAA and popular games. 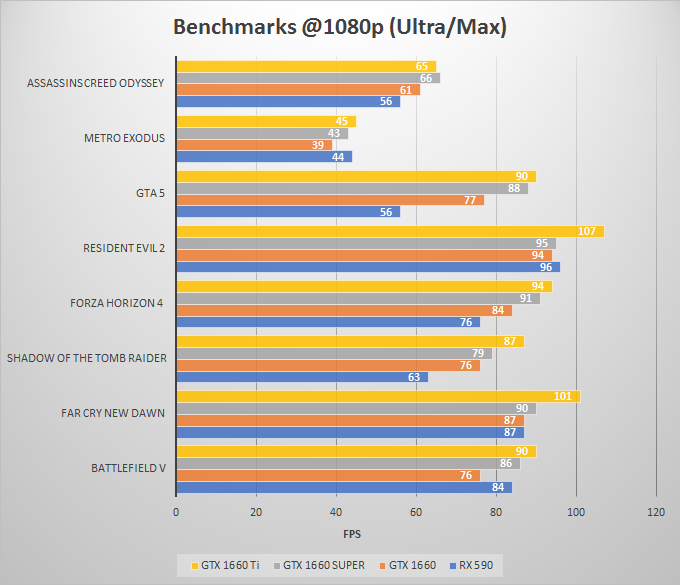 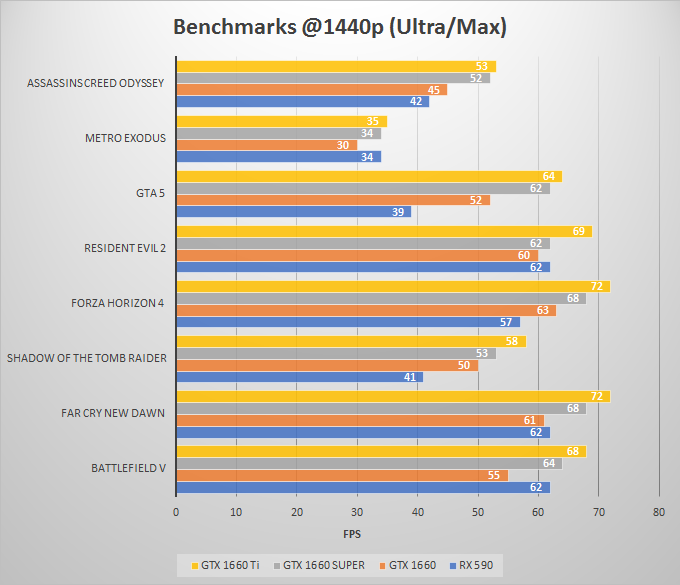 When it comes to pricing, then GTX 1660 retails at $219, and just over 10$, you can get the GTX 1660 SUPER at $229. The official retail price of GTX 1660 Ti stands at $279. The price of Radeon RX 590 fluctuates and you can get this card at around $220, as of now. It must be noted that different graphic card manufacturers offer various models of these cards and their prices vary based on the card’s cooler, overclocking, build quality and fancy additions such as RGB LED lighting. You can check out the latest prices of these cards from the links given below.

If I have to pick here, then I would certainly choose the newer GTX 1660 SUPER because it offers GTX 1660 Ti level of performance at a much lesser price, and has similar power consumption. It beats the GTX 1660 and RX 590 comfortably and is equipped with the faster GDDR6 memory, and that is clocked at a much higher speed. Basically, GTX 1660 SUPER is just a GTX 1660 with super fast GDDR6 memory with a slight bump in price and makes a better value card compared to its major competitors. If you are still having doubts, regarding which card to choose from, then you can ask me them in the comment section below. 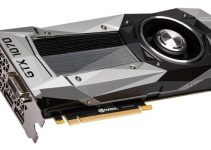