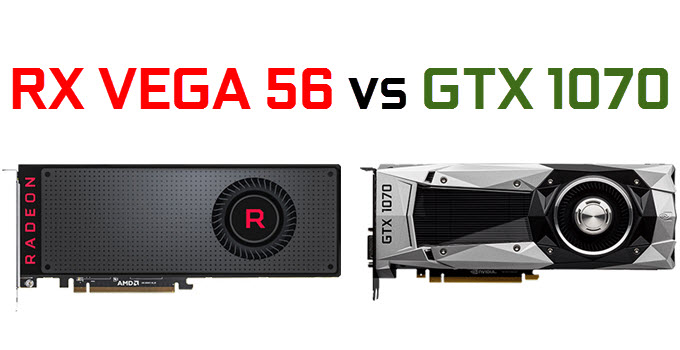 Here is a detailed comparison of Radeon RX Vega 56 and GeForce GTX 1070 graphics cars based on their specifications, features, performance and power consumption.

Radeon RX Vega 56 comes with 8GB HBM2 memory which is a high bandwidth next generation memory used for VR and in high-end hardware. HBM2 is much faster than the GDDR5 memory which GeForce GTX 1070 uses. The memory interface here is 2048-bit and bandwidth is whopping 410 GB/s.

Well, it is no doubt that Radeon RX Vega 56 is a better card on paper and in real world performance. Also, it is more future proof and comes with the latest FreeSync 2 technology. The main drawback is its higher power consumption which may be an issue with some gamers. Also, it will cost you more than GTX 1070. On the other hand GeForce GTX 1070 is as good as Radeon RX Vega 56 and it also consumes a lot less power. Also, you may find it cheaper too because of the competition from RX Vega 56. If you have any queries or doubts then please ask me by leaving a comment below. 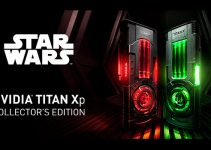