Home
Knowledge Base
What SSD should I get? [SSD Buying Guide for PC & Laptop]

Choosing the right SSD for your PC or Laptop can be a little tricky or somewhat harder decision to make for some users. It is because solid-state drives are available in different sizes, and capacities and they do differ widely in terms of price and performance too. Moreover, compatibility and lifespan also play an important factor and should be taken into account when buying a solid-state drive for your computer.  So, if you are in a state of confusion and unable to decide what SSD to get for your PC or Laptop, then here I am going to guide you on this subject so that you can make an informed decision easily.

Factors to Consider before Buying an SSD

Below are the most important factors that you must consider or take into account before making an SSD purchase for your Desktop or Laptop.

Solid State Drives are available in two types of interfaces, SATA and PCI-Express. The SATA SSDs use the SATA bus for their communication, and the PCI-Express SSDs use the PCI-E bus for data transfer or communication. The maximum bandwidth supported by SATA SSD is 6Gbps (750 MB/s) for the SATA III interface or standard. For PCI-E express SSD, it is 4GB/s or 32Gbps for PCIe 3.0 x4 and 8GB/s or 64 Gbps for PCIe 4.0 x4 standard. PCI-Express solid-state drives are most commonly known as NVMe solid-state drives. The most commonly available NVMe solid-state drives support PCIe 3.0 x4 interface while some of the latest and fastest SSDs support the PCIe 4.0 x4 interface. SATA SSDs plus into SATA port and NVMe PCIe SSDs require an M.2 slot or PCIe card for their working.

The size or form factor of a solid-state drive does play an important role when you are looking to buy an SSD for your laptop or desktop. Below are the most popular SSD sizes and how they differ from each other in various aspects other than just dimensions. 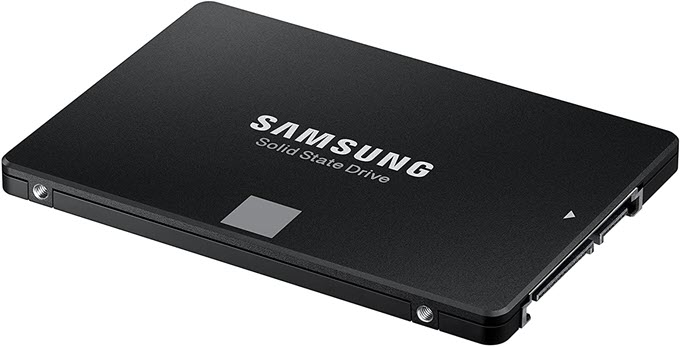 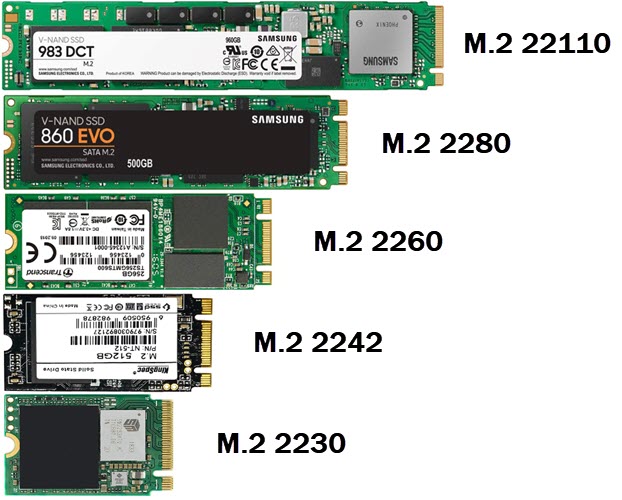 Both SATA and NVMe PCI-E solid-state drives are available in the M.2 form factor, but there is one distinction between them which can be used to identify an M.2 SATA SSD from an NVMe one. In M.2 SATA SSD, there are two notches at the connector end, but in M.2 PCIe, there is only a single notch at the connector end. An M.2 SATA can be used in PCs, Laptops, and Netbooks if the motherboard comes with M.2 slot and supports M.2 SATA / NVMe solid-state drives.

Tip: If your motherboard does not come with an M.2 slot for NVMe SSDs then you can use M.2 PCIe adapters for installing an NVMe drive in your PC.

Mini-SATA or mSATA solid-state drive is an older and smaller form factor for use in laptops/notebooks only through the mSATA slot. An mSATA SSD is 30mm in width and 50.95mm in length. These drives are not common these days, but you can still buy an mSATA SSD if your laptop has an mSATA slot. 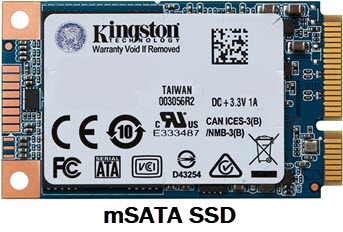 The storage capacity of solid-state drivers has increased tremendously over a couple of years. Nowadays, you can find an SSD with up to 4TB capacity, which was not possible a while ago. However, the price of SSD remains quite high when we compare it to hard drives of similar size. Most of the users use SSD for the boot drive for OS, and they generally go with a 128GB or 250GB capacity SSD. However, if you want to go with the SSD only for your complete system, then you can find 2TB capacity solid-state drives in both 2.5-inch and M.2 form factors (SATA & NVMe) easily. 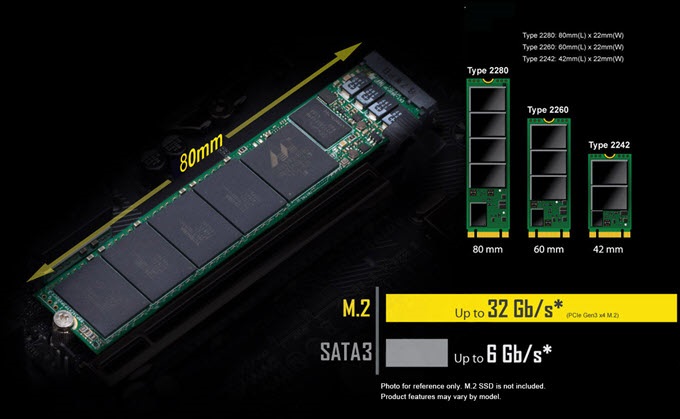 Unlike a hard drive, solid-state drives have a limited number of writes. It means data on SSDs can be written/rewritten to a limited extent or period, and when it is over, then you can face data corruption or data write failure. The lifespan of an SSD is generally expressed in TBW rating, which stands for Terabytes Written or Total Bytes Written. For example, an SSD having an 80 TBW rating means that you can write up to 80 TB or 80000 GB data on it over time. Lower capacity solid-state drives have a lower TBW rating compared to their higher capacity counterparts. For example, a 250 GB Samsung 860 Evo SSD has a lifespan of 150 TBW, and a 500 GB one has 300 TBW. Also, different SSD models, from the same or even from different brands, do differ in lifespan, even if they have the same capacity. For example, a budget SSD like Kingston A400 240 GB, has a TBW rating of 80 TBW, and the Samsung 860 Evo 250 has an almost double lifespan at 150 TBW. In addition to this, the more the TBW rating of a drive, the higher will be its warranty.

Must Read: How to Calculate SSD Lifespan in Years

There are many companies and brands of SSDs available. The ones with faster read/write speed, higher cache memory, and a better controller perform better than the cheaper or budget solid-state drives. Also, expensive SSDs offer more features that include software support, firmware upgrade, encryption, and a higher warranty.

So, Which SSD should you Buy?

The most important thing to keep in mind when buying an SSD for your PC and laptop is compatibility. It is because if you have purchased an M.2 NVMe SSD and your motherboard does not have an M.2 slot or does not support M.2 NVMe SSD, but only M.2 SATA SSD then you will end up wasting your money. So, make entirely sure that the SSD you are getting is compatible with your Desktop or Laptop motherboard and also fits perfectly in it.

If you are unsure whether your motherboard has an M.2 slot or not, then you must get a 2.5-inch SSD because nowadays every motherboard does come with a SATA port. If you are buying a SATA SSD for a Desktop, then it is always preferable to buy a 2.5-inch SSD. If your laptop comes with an M.2 slot that supports both SATA & PCI-E SSDs, then it is better to get an M.2 SSD because the SATA port can be used for a Hard drive, and you can have the best of both worlds, i.e., snappy OS and bigger data storage. However, if your laptop does not come with an M.2 slot but you want to upgrade to an SSD, then you have to replace your current hard drive with a bigger capacity SSD (500GB or more).

For desktop, if you want to use an NVMe SSD but your motherboard does not come with an M.2 slot (with PCIe SSD support) but has an extra PCIe x4 or higher PCIe slot then you can use M.2 PCIe Expansion Card for it. Some of the higher-end cards do support up to four PCIe NVMe SSDs using the PCIe x16 interface or slot on your motherboard. 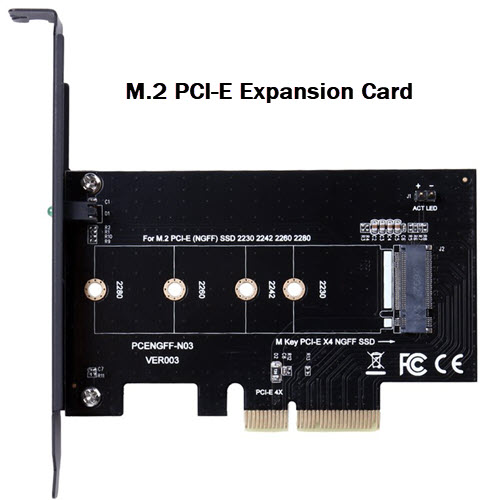 If you are on a budget, you should get a budget 2.5-inch SATA SSD and forget about the NVMe PCI-Express solid-state drives. Some reasonable budget SSDs are Kingston A400, Samsung 860 QVO, and SanDisk SSD Plus.

If you want an SSD for a gaming PC, then a decent 2.5-inch SATA SSD should be enough. It will reduce game loading times and maybe stuttering, which can be very frustrating with games with large maps. For gaming, a 500GB or 1TB SSD should be ideal because nowadays, game installs take too much space, and I have seen some games like Gears of War 4 taking above 100 GB space for installation.

If you are a professional and are into video editing, computer modeling, design (CAD / CAM), and photo editing getting an NVMe SSD will be better, given that your motherboard supports it. It can help in increasing productivity to a reasonable extent.

For enthusiasts, NVMe solid-state drivers are the way to go, and that too is the PCIe Gen 4 ones.

If you still have any doubts regarding which SSD is right for you, then you can ask me your queries in the comment section below. 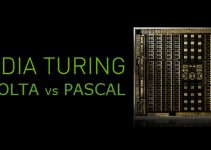 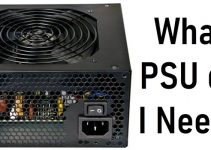