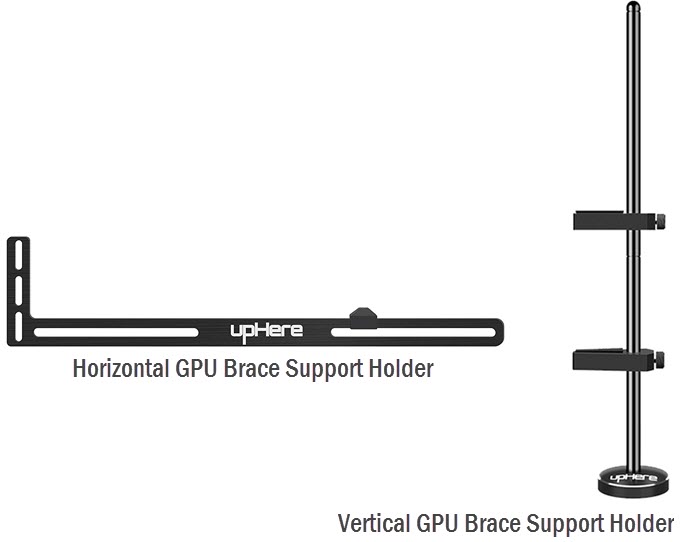 A simple GPU Brace Support Holder from upHere to prevent the video card from drooping. It is made up of aluminum and comes with four screws and two rubber mounts that can slide on the horizontal arm for proper adjustment. This GPU support bracket is very simple to use and you just have to screw it up with the graphics card bracket. It has got three slotted screw holes for adjustment and aligning the graphics card with the PCIe x16 slot. It is 10.5 inches in length and can easily support high-end graphics cards up to 300mm (or more) in length comfortably. It should be noted that the graphics card width should be slightly more than its bracket for this holder to work. The rubber mounts or silicone pads prevent any scratches and can be adjusted horizontally for proper positioning so that they do not interfere with the graphics card fans. 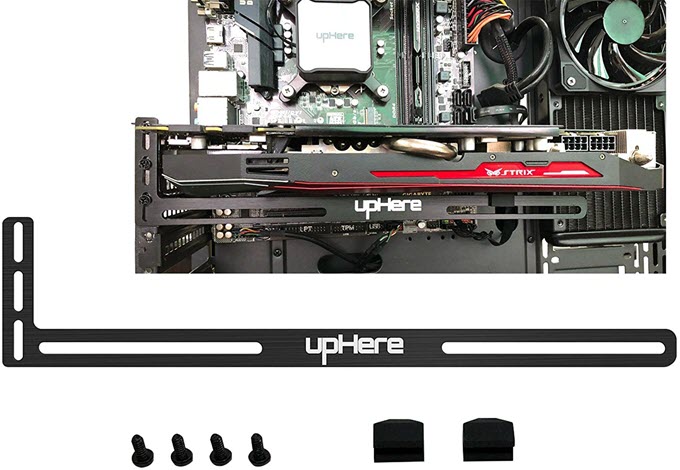 This video card sag holder works with dual-slot graphics cards and can also support 2.5 slot and 2.75 slot graphics cards. It is compatible with a wide range of motherboards and cases, but it can support one graphics card at a time and is not suitable for dual GPU setup in SLI or Crossfire configuration. It does not restrict airflow and does not require any extra space inside your computer case. It keeps the graphics card aligned perfectly by keeping it intact at its place, and is very stable. Once mounted, you don’t have to worry about your graphics card sagging, and can move or carry your case from one place to another without worrying about anything. It comes in three colors: black, blue, and red to match your gaming rig theme.

Note: You must use the included screws for installing it because they are longer (1.5 inches approx.) than the standard screws for PCI / PCIe brackets.

Here is another good GPU support bracket, just like the above one from upHere. It works the same way and also the design is almost the same. You can check it out too from the link given below.

If you are looking for a fancy horizontal GPU Brace support with RGB lighting then this is the one to go for. It comes with Addressable RGB LEDs at the bottom with a white diffuser. The GPU brace support is stylish and the RGB lighting looks super cool when lit up, and you can also change the lighting effects using the compatible RGB software. As the RGB LEDs are addressable, which means you would require a 5V 3-pin ARGB header for them. You may also connect the 5V 3-pin ARGB connector to an RGB controller that includes the support for ARGB LED components.

This ARGB GPU Anti-Sag Bracket supports a majority of the motherboard RGB software that includes Asus Aura Sync, Gigabyte RGB Fusion, MSI Mystic Light Sync, ASRock RGB LED, BIOSTAR RGB, etc. There is a sliding rubber pad located on the top for providing support to the card at the proper point, and it does not scratch the surface of the graphics card at all. The RGB Graphics Card Brace Support comes with six screws, three thumb screws, and three Philips screws for installation. If you already have RGB components installed in your PC i.e. RGB Fans, RGB RAM, etc., then this RGB GPU Brace Support Bracket would go very well with them.

If you are looking for a branded Graphics Card Holder that goes well with your fancy gaming PC then Cooler Master ELV8 is the one for you. This is a horizontal Graphics Card Holder that comes with ARGB LEDs and is compatible with Asus Aura Sync, MSI Mystic Light Sync, Gigabyte RGB Fusion, and ASRock Polychrome Sync RGB motherboard software. This GPU Brace support attaches to the expansion slot with the help of three screws. It allows both horizontal (length) and vertical (height) adjustment using a tool-free slider and hinge, so that your graphics card is positioned for best support.

Here are some of the best vertical video card sag holders to prevent GPU sagging.

A vertical graphics card holder from upHere that packs great quality and is very easy to use. This is basically a graphics card support stand with a solid metal bar with two support arms that slide up and down and can be adjusted to the desired height by tightening the tool-less screws on them. On their upper surface, they have rubber pads that prevent scratches on the graphics card and they also provide a better grip. The whole graphics card holder is made of aluminum and the construction quality is very good. The base of the round stand comes with a magnet that holds the stand firmly in the case. The magnet is pretty strong but not strong enough to damage your hard drives (HDDs) if they are in close vicinity of the stand. The stand is quite stable, but if you move around your case then it can get displaced slightly, and you can position it again. 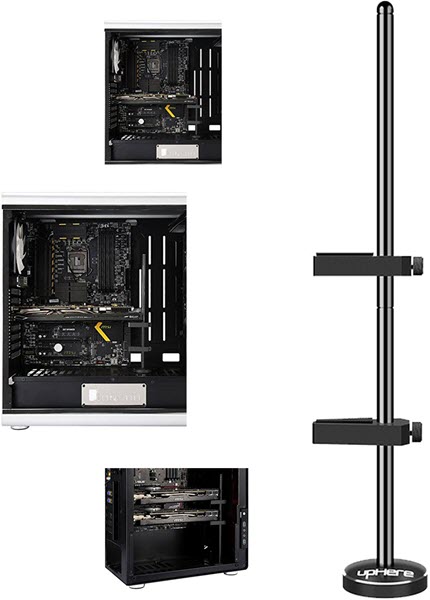 This vertical graphics card holder can support two graphics cards in a multi-GPU setup (SLI or CrossFire). These support arms hold the graphics cards pretty well and eliminate the graphics card sag completely. The stand should be placed on a flat surface that is magnetic. You can place it on the bottom of the case and also on the PSU shroud if you have a full-length shroud. The holder does not consume much space and it neither restricts the airflow in your case. The height of the stand is 10.6 inches and the diameter of the stand is 4cm only. Also, it does not interfere with your adjacent brackets and PCIe slots, and you can use other PCIe expansion cards on your motherboard without any issues.

If you are looking for a branded graphics card sag holder then Cooler Master Universal VGA Holder fits the bill perfectly. Just like the above-mentioned UpHere graphics card holder, it also comes with two support arms and can support two graphics cards. However, the supporters here are made of ABS plastic and have a friction locking mechanism where you just have to push the clip inside to lock the support arms. This locking mechanism is relatively easy and quicker than compared to the tool-less screw ones in the upHere one. The bar and the stand are made of aluminum and is very stable. The stand is a tripod one and has strong magnets located on each of the legs. 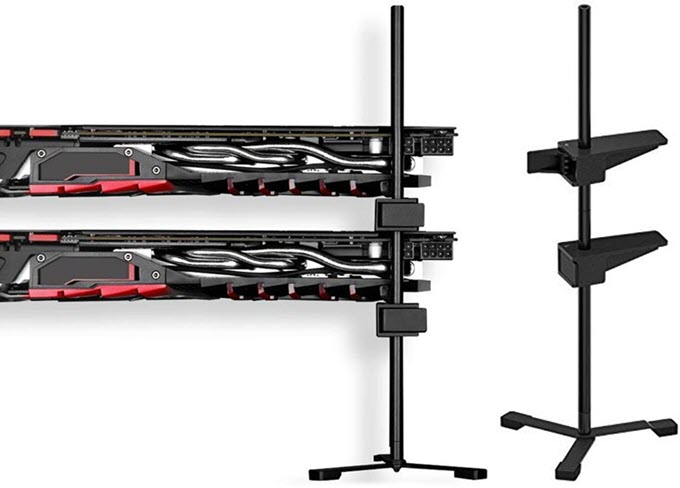 This Cooler Master Universal Graphics Card Holder comes with two bars, and you can either use one or two at the same time, depending on the height of the graphics card from the base. This means if you have a smaller case then you are good with one bar only, but if the case is big then you can join the two bars together to extend its length so that it can reach the graphics card. It is only available in black color. Overall, a high-quality graphics card holder that works great and is very easy to install and use.

If you are in search of a fancy graphics card holder with RGB lighting then Deepcool GH-01 A-RGB Graphics Card Holder is to look for. It is a wider graphics card holder that comes with nine Addressable RGB LEDs and supports Asus Aura Sync, Gigabyte RGB Fusion, ASRock Polychrome Sync, and MSI Mystic Light Sync RGB software. It needs a 5V ARGB header on the motherboard or an ARGB controller and is not compatible with a 12V RGB header and controllers. The GPU holder consists of two parts, one is the base and the other one is the frame. The frame has metal construction and houses the ARGB LEDs, while the base is made of plastic and provides support to the frame. The holder comes with two bases, one is standard while the other one is taller. 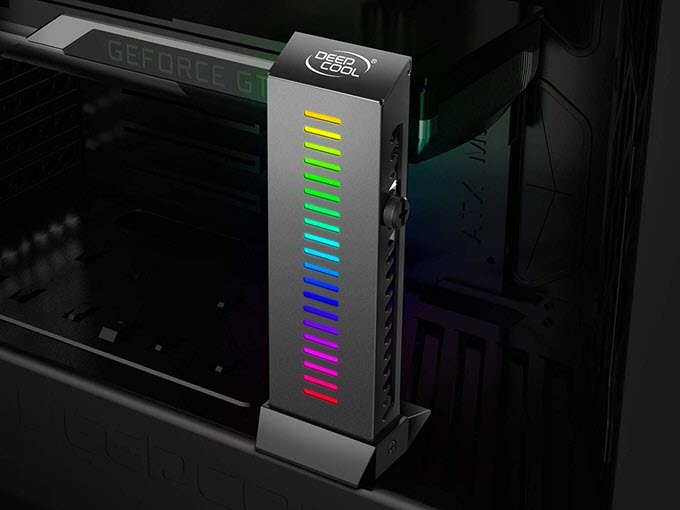 This GPU support holder has a modular design and it also allows you to hide the PCI-E power cables inside it that go into the graphics card. It utilizes a unique saw-tooth adjustment mechanism and a dual-hole installation design for super easy installation. It must be noted that the base is non-magnetic, but you can use double-sided tape to fix it firmly on the bottom of the case. This graphics card support holder from Deepcool claims to support graphics cards up to 5Kg in weight, which is great and shows its high build quality and structural strength. It is compatible with most computer cases, with or without a power supply shield or shroud. A non-RGB variant of this graphics card holder is also available, which you can also check out from the link given below.

It is the best-looking GPU Support Bracket in the market right now. It is a vertical GPU support bracket that comes with ARGB LEDs and Tempered Glass. The vertical bar is made up of Tempered Glass and CNC machining on the tempered glass creates rails for ARGB lighting to travel throughout the bracket. The edge-lit RBG lighting on the GPU support bracket looks breathtaking and if you already have RGB components in your PC then the Cooler Master ARGB GPU Support Bracket further enhances the looks of your PC. The Addressable RGB lighting can be synced with the motherboard’s RGB software given that your motherboard has an ARGB header which is required by the support bracket.

The other material used for the support bracket is ABS plastic which is quite sturdy and durable. The base has a strong magnet that keeps the support bracket firmly in its place. There are two support arms included for multiple orientations and you can either place it at the tail-end of the GPU, or the side of the GPU closest to the side panel depending on the clearance present in your PC case. The support clips are tightened using the clips only by hand and this makes it for a 100% screw-less and tool-less design. So, if you want a cool-looking GPU support brace without compromising on the quality and aesthetics of your PC case then it is the one.

In the end, I would only like to say that if you are suffering from graphics card sagging problem and do not want to incur any damage to your motherboard or graphics card then these GPU support brace or Graphics Card sag holders are a life saver in true sense. They are inexpensive and can save you from all the trouble that you can have from a sagging video card. You can choose any of the GPU brace support video card holders based on your PC case and requirements, and if you are unsure which one is right for you then you can ask your queries in the comment section below, by giving all the necessary details that include model of the graphics card and the PC case. 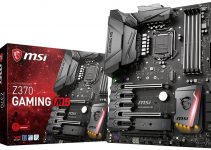 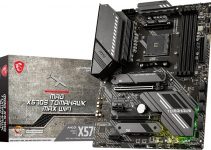 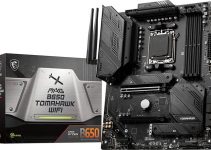