Home
Knowledge Base
PSU Fan Up or Down? Know Right Power Supply Orientation

PSU Fan Up or Down? This is a topic of great debate and also one of the most asked questions by many users when they build their new PC. There is a lot of confusion among new PC builders or even some of the experienced users that whether they should keep the PSU fan side up or down. So, here I am going to debunk this mystery and clear all your doubts regarding it, taking into account all the possible factors and conditions.

PSU or Power Supply Unit is one of the most important components of a PC because it is the only component that provides power to all your internal computer components including a processor, motherboard, hard drive, SSD, graphics card, case fans, etc. It can get hot during load and for this, it comes equipped with a fan for cooling. Yes, there are some fanless PSUs available too but they are quite expensive and are also not that popular. Almost all the modern-day standard ATX power supplies come with a 120mm fan that is mounted on the top/bottom side. This fan works as an intake fan for the PSU that sucks in air and blows it on the components inside the PSU, where then it exits from the rear vents of the power supply. You can see the PSU airflow in the diagram given below. 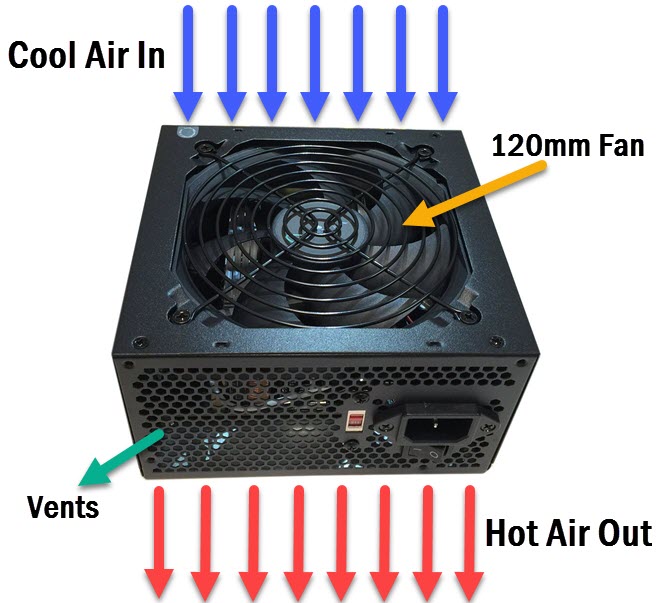 Note: Some older and cheaper Power Supplies come with an 80mm fan at the rear. Here the rear 80mm fan works as an exhaust fan for the PSU.

It is very important to mount the PSU in a correct manner or orientation because if you do it wrong then you can restrict the PSU airflow, and it can result in damage to the power supply and maybe some other components. So, here I am going to tell you how to properly mount your power supply, and whether the fan side should remain up or down, depending on different conditions and types of PC cases.

There are only two positions where computer cases allow you to mount the PSU, which is either on the top or at the bottom.

Most modern-day computer cases have a bottom-mounted PSU design. Almost all these PC cases have vents at the bottom where the PSU fits and most of them have dust filters installed at the vents to prevent the dust from getting to the fan and PSU components. So, if you have such a provision then the PSU fan should be positioned downwards. This allows the PSU fan to suck air from the bottom and the air gets expelled out from the rear side. You can clearly see this in the image given below. 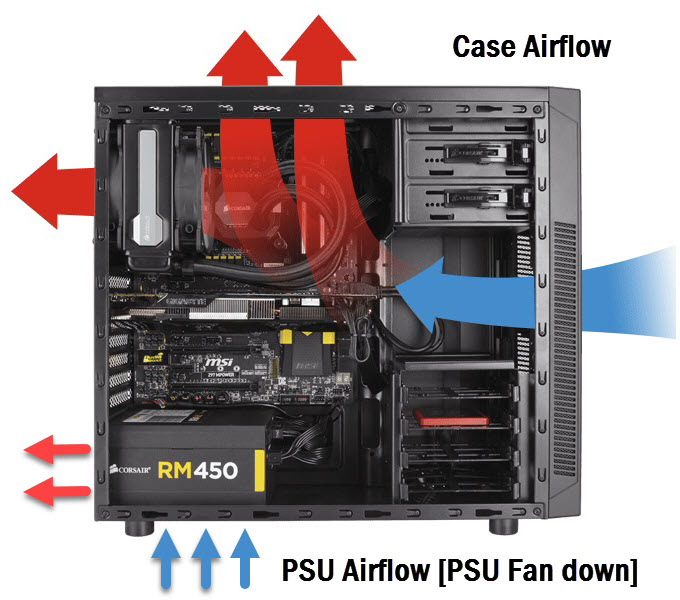 I strongly advise not to keep the PSU fan upwards if you have a case with a bottom vent with an air filter installed. This is because if you keep the fan up then the cooling performance of the PSU will get compromised because the fan will suck hot air that is inside the case, instead of cool air and blows it on the PSU components. Also, the PSU will accumulate much more dust because of no fan filter, and there is also a risk of something dropping inside the PSU through the fan grill, which may cause serious damage to your power supply. In a custom water-cooled system, you don’t want to keep the PSU fan up, because if somehow the liquid gets leaked and accidentally drops inside the PSU then your power supply will definitely get burnt out.

If your case doesn’t have bottom vents, and there is a solid panel instead then you have to position your PSU fan upwards. This is the only way to fit a PSU in these cases. However, I don’t think there are many cases like this out there, but if they are then you should avoid buying them in the first place, and rather go for a PC case with bottom vents and an air filter for the PSU.

Some computer cases come with a PSU shroud or cover that adds extra protection to the power supply and also for the bottom-mounted drives. Generally, the PSU shroud is a solid metal cover with no vents (mostly), so in such cases, the position of the fan should remain down only regardless of anything. Some PSU shrouds do come with top vents that may allow you to position your PSU fan up but if the bottom vents are given, then it is better that you should keep the fan in the down position only unless there are no vents given at the bottom for the PSU fan.

PSU Shroud with No Top Vents 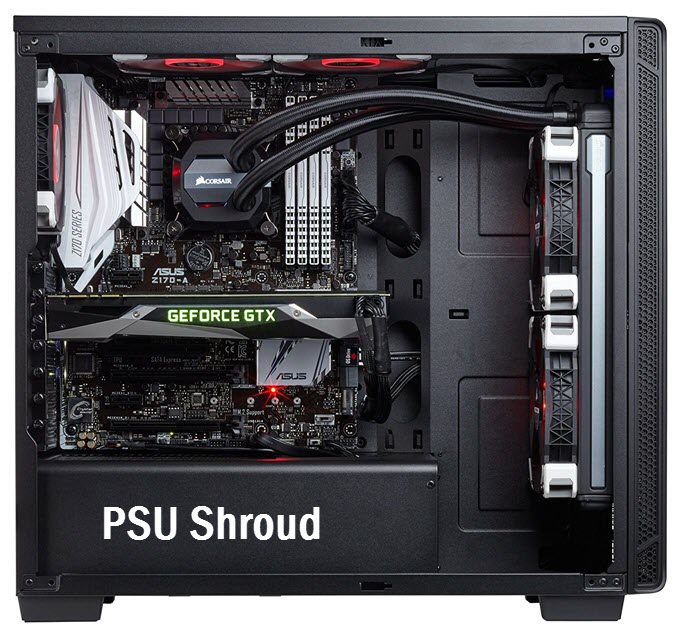 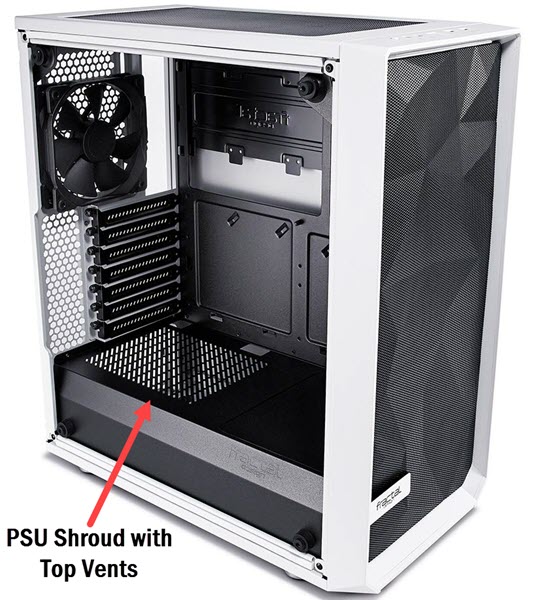 Keep it on a Flat Surface

Always keep your cabinet on a solid flat surface and never on uneven, soft, and mushy surfaces because uneven & mushy surfaces will restrict airflow to the PSU fan, and thus the power supply itself. Also, if your computer case has short feet then you have to keep it elevated by providing some kind of packing or support beneath the bottom feet or stands so that the PSU can have a good amount of airflow.

[For bottom-mounted PSU with fan down]

Never put your computer case on the carpet when you have a bottom-mounted PSU fan facing downwards. The carpet will block the airflow to the PSU and in worst cases, if you have no PSU fan filter installed then the small fiber particles from the carpet can get deposited inside your PSU and may also clog up your PSU fan. Also, these carpet fibers are very dry and are static in nature, and may catch fire inside your PSU, which can cause serious damage to your power supply, and also other computer components too if you are unlucky. So, to solve this issue you can either use a wooden plank or plywood cutout to place your computer case or mount the PSU with the fan facing in an upwards direction. 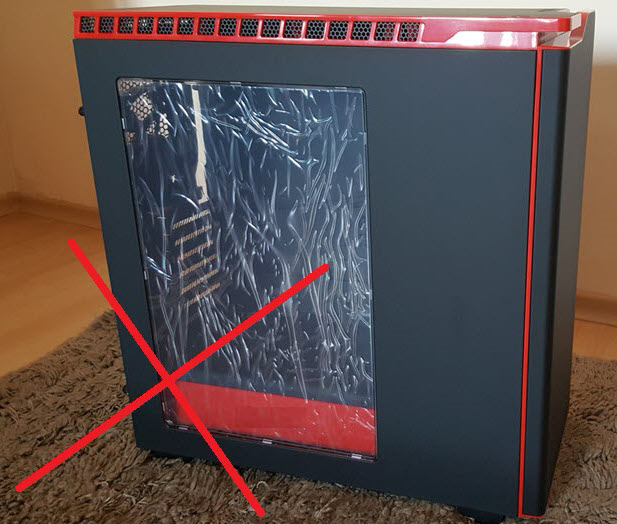 Computer Cases with top-mounted PSU are very rare these days but they do exist. Generally, you may find some mini-tower, OEM cases, and cheaper cases with top-mounted PSU designs. In these types of PC cases, the position of the PSU fan should be kept down only, because they generally don’t have vents at the top panel, but if somehow your case has top vents for PSU, then you can keep the fan position in upwards direction for better airflow and cooling performance for the PSU. Some of these cases may come with a top PSU shroud too (very rare), so you have to adjust the PSU fan accordingly in the direction of the vents. 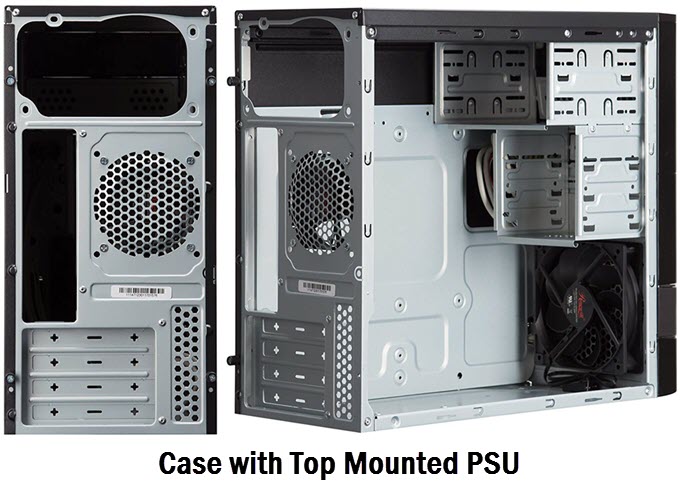 If you still have any doubts regarding PSU fan orientation then you can ask your queries here in the comment section below by clearly stating your computer case model and PSU model. 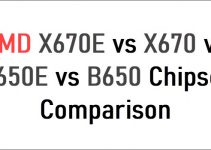 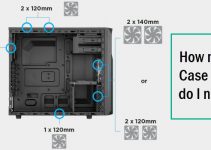