Earlier I have talked about the best slim 120mm fans for SFF cases, low-profile CPU coolers, and radiators in this blog. But if you want to increase the airflow further then you need a slim 140mm fan. A 140mm slim fan will generate more airflow than a slim 120mm fan and will be a bit quieter too. Also, the power consumption of both 120mm and 140mm fans is almost identical. So, if your low profile, SFF, or normal PC case has enough room for a 140mm fan then it is generally better to install a 140mm slim fan in place of a slim 120mm fan.

Low profile 140mm fans are generally used in standard and slim form factor PC cases and with radiators. A regular or standard 140mm fan is 25mm thick but a slim 140mm fan is only 15mm thick and can slide or fit in tight places. It is comparatively easier to find thin 120mm fans compared to thin 140mm fans. So, here in this post, I am going to list down the best slim 140mm fans for use in low-profile cases, radiators and heatsinks.

Here are the best low profile 140mm fans that can be used in small form factor slim cases, radiators, and maybe with CPU or GPU heatsinks. Most of the below-mentioned slim 140mm fans use 120mm mounting holes or patterns and they cannot be used with 140mm mounting holes.

Cryorig XT140 is one of the best and slimmest 140mm fans that you get on the market right now. This 140mm fan is only 13mm in thickness which is even thinner than the regular slim fans that have a thickness of 15mm. This is a high-performance fan that comes with Cryorig’s HPLN (High Precision Low Noise) bearing for eliminating noise and vibrations. It also has Acoustic Vibration Absorbers (available in three colors red, black, and white) on corners to keep vibrations and noise to minimum levels. 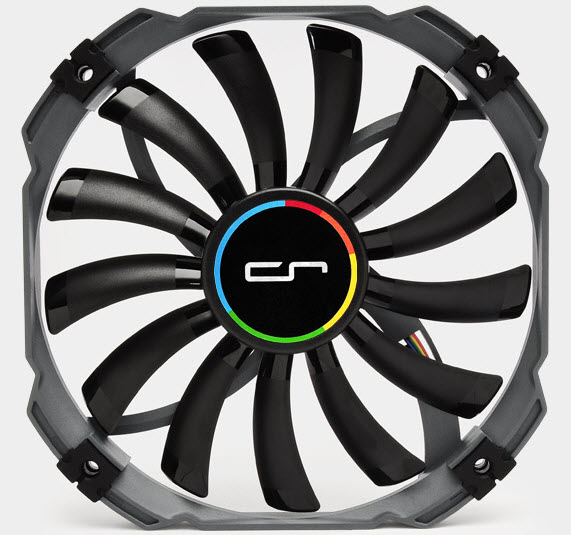 This is a slim PWM fan and spins at speeds in the range of 700 to 1300 RPM. It is very quiet in operation and moves quite of bit of air with an airflow of 65 CFM and has a static pressure of 1.49 mmH2O. The fan has got great build quality and is best for use on radiators, computer cases, and heatsinks. It can also be used as a front intake fan in regular and slim PC cases because of its good air pressure. One thing to note is that this fan comes with 120mm mounting holes and it cannot be used with 140mm mounting holes. This can be an advantage or disadvantage for some users but this may also allow you to use it in computer cases, CPU Coolers, or radiators that do not support 140mm mounting holes or patterns.

Prolimatech Ultra Sleek Vortex 14 Slim Fan looks much like the above-mentioned Cryorig XT140 PWM fan but it is 15mm thick and has got more fan blades (17 fan blades). This is again a good low profile 140mm fan and it comes with double ball bearings and a 4-Pin PWM connector. The fan spins at relatively lesser speeds in the range of 300 to 1000 RPM, and due to this, it is very quiet in operation. The rated airflow is 98 CFM which I have to disagree with because of its much lower fan speed. I think the maximum airflow it can generate is around 60 CFM. The static air pressure is rated at 0.9 mm H2O at full speed which is 1000 RPM. 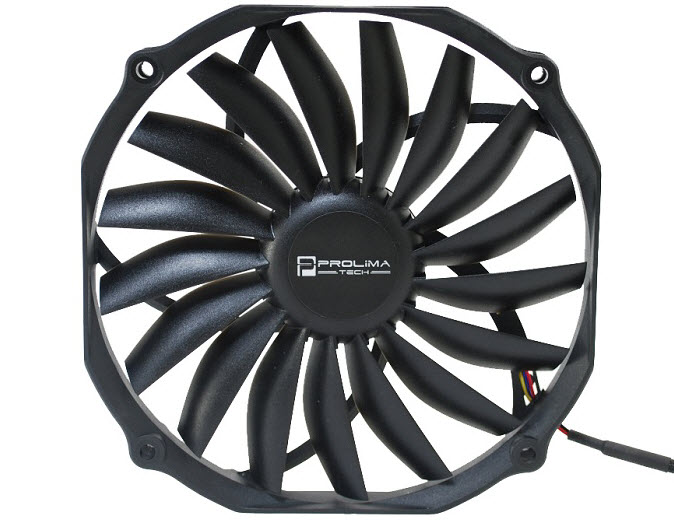 The build quality is decent and the fan is quite lightweight. Also, just like the Cryorig XT140 fan, this fan has 120mm mount points and it does not support 140mm mounting holes. I would not recommend using this as the main fan on the CPU cooler because of its lower fan speed but it is good to use with slim PC cases and radiators. It can also be used on passive GPU coolers and as an extra fan on CPU coolers. This slim 140mm fan is available in two colors which are black and white.

SilverStone FW141 is a super slim 140mm fan with a thickness of only 13mm. The fan comes with sleeve bearing and a 4-Pin PWM connector. It has a speed in the range of 800 to 1300 RPM and generates an airflow of 74.6 CFM. It also offers a decent amount of static pressure at 1.252mm H2O at full speed. The fan comes with a blue frame and white fan blades that look very cool. 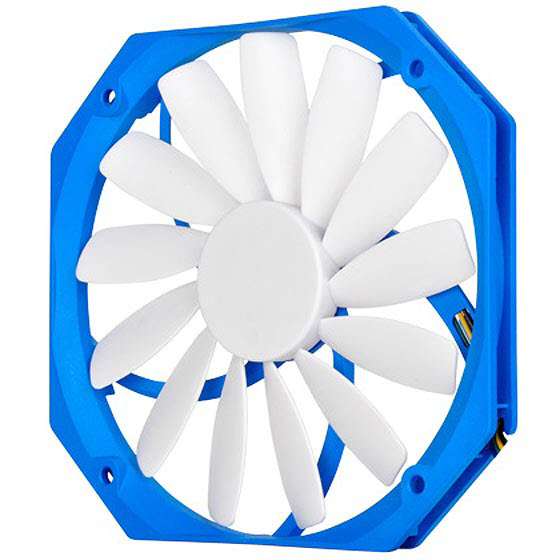 This thin 140mm fan is on the noisier side and it uses 120mm mount holes. It can be used as a front intake fan in SFF cases or CPU coolers and Radiators with 120mm fan mounts. Overall a decent 140mm slim fan for the price but is not a silent performer.

This is a pretty special slim 140mm fan, because it is the only fan here that comes with both 140mm and 120mm mounting holes, and is compatible with almost all water cooling radiators. The fan is 20mm thick and has a translucent blue body, fan blades, and four blue LED lights. It comes with sleeve bearing and a 3-pin connector. It spins at a constant speed of 1000 RPM and generates airflow of 54.7 CFM and static pressure of 0.92mm H2O, which are pretty decent figures for a lower RPM fan. 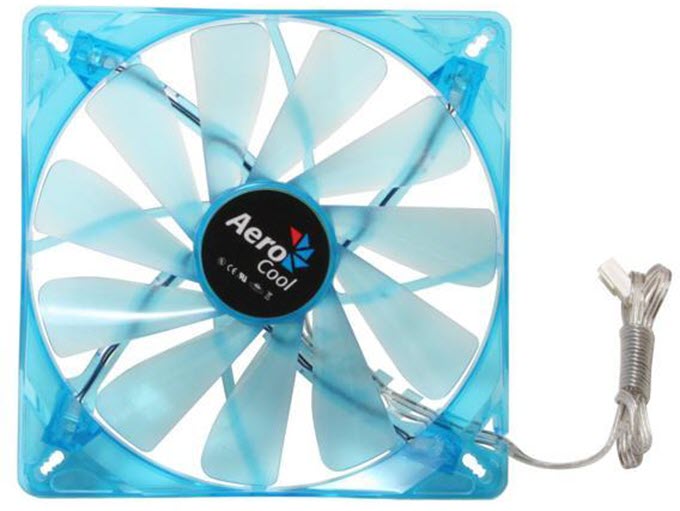 The quality of the fan is pretty decent and does provide adequate performance for most of the tasks. It is one of the silent thin 140mm fans with a maximum noise level rating of 19 dBA only. A fan adaptor comes included with it for 120mm mounting. It can be used with radiators and as a case fan. The fan is also available in silver and black color variants.

[Only 13mm Thick, Decent Performance for the Price]

Raijintek Aeolus α is one of the thinnest 140mm fans having a thickness of only 13mm. The fan offers good performance and can be mounted on 120mm fan holes. It may not be the best 140mm slim fan but if you don’t have other options available then it can do the job well in keeping the temperatures in check of your heatsink, radiator, or SFF PC Case. The fan comes with a sleeve bearing and 4-pin PWM connector. It generates airflow of 56.55 CFM and static pressure of 1.24mmH2O. The maximum speed of the fan is 1400 RPM and the noise level rating is 28 dBA. Practically, the fan is slightly on the noisier side which may be an issue for some users. Overall, a good budget slim 140mm fan that you can get if the above-mentioned better options are not available in your area.

Thermaltake Luna 14 Slim LED Blue is one of the rarest slim 140mm fans to support 140mm mounting points. It is also a very quiet 140mm slim fan having a thickness of 15mm and comes with blue LED lighting. It is a 140mm version of the Thermaltake Luna 12 Slim LED fan. Thermaltake Luna 14 Slim LED uses double-curved nine fan blades and comes with hydraulic bearing for quieter operation. The maximum speed of the fan is 1200 RPM and it generates airflow of 38.593 CFM and static pressure of 0.703 mm-H2O. For connectivity, the fan uses a 3-pin connector. The fan uses in-mold injection anti-vibration rubber pads at four corners to reduce noise and vibrations. The maximum noise level for the fan is 23.6 dBA which is on the quieter side. Due to the lack of a 4-pin PWM connector and lower static pressure, it is better to avoid this fan for use in CPU heatsinks and radiators and should only be used as a chassis fan in PC cases where there is space restriction. The fan is also available in red and white colors with red/white LED lighting. 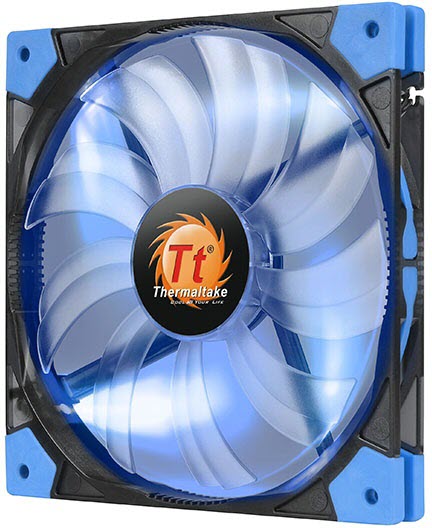 Arctic P14 Slim PWM PST Fan is a pressure-optimized slim 140mm fan for use in radiators, and heatsinks and can also be used as a Case fan in small factor builds. The fan has a thickness of 16mm and supports 140mm mounting points. The fan comes with Fluid Dynamic Bearing and uses a 4-pin PWM connector. The speed of the fan ranges from 150 to 1800 RPM and can be throttled down to a standstill (0 RPM) if the PWM signal goes below 5%. The fan generates airflow of 52 CFM and static pressure of 1.55mm H2O which are very good figures for a 140mm slim fan. It is also a very quiet fan and has a maximum noise level rating of 22.5 dBA. Overall, a very good slim 140mm fan that can also be used as a Chassis fan for both Intake and Exhaust. 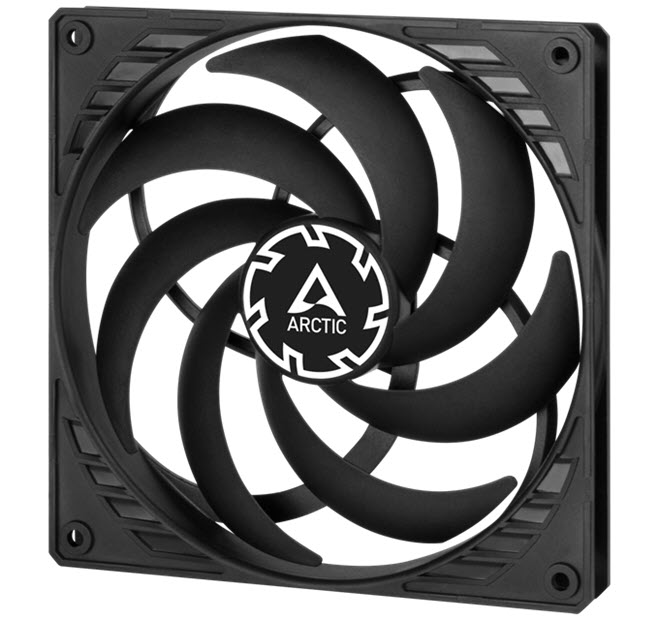 So, if you want something better than slim 120mm fans then these above-mentioned slim 140mm fans are worth trying out. They deliver better performance and cost almost the same as their 120mm counterparts. Also, they can be used on 120mm mounting points so compatibility will not be a major issue. If you have any doubts or queries regarding these low-profile 140mm fans then please ask me by leaving a comment below. 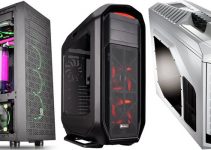 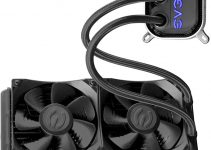 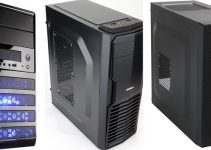