The release of RTX 3080 Ti in the Nvidia RTX 30 series has made the high-end graphics card market quite interesting. It is now the second most powerful graphics card in the GeForce RTX 30 series, pushing RTX 3080 to the third spot. The major competitors of the RTX 3080 Ti are the RTX 3090 and AMD Radeon RX 6900 XT. RTX 3080 Ti comes with lots of features and offers great 1440p and 4K gaming performance but when it comes to pricing then RTX 3080 Ti is way more expensive than RTX 3080 and RX 6900 XT but is somewhat cheaper than RTX 3090. The card is facing a lot of criticism from the gaming and tech community because of its very aggressive pricing compared to the performance it offers to its major competitors. So, if you want to know how RTX 3080 Ti stands against the RTX 3090, RTX 3080, and RX 6900 XT in major departments then here I am going to compare them taking into account all the important parameters so that you can decide whether you should go for it or not. 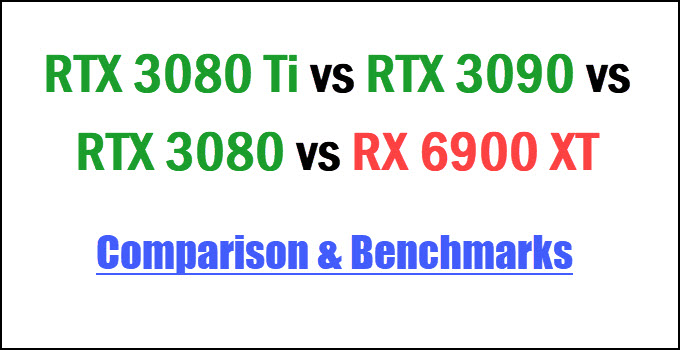 Here is the comparison between RTX 3080 Ti, RTX 3090, RTX 3080, and RX 6900 XT graphics cards based on their specifications, performance, pricing, power consumption, and features.

Radeon RX 6900 XT is an AMD graphics card that uses the RDNA 2 GPU architecture which is way different from Ampere architecture. It uses Navi 21 GPU which is built on the 7nm fabrication process. The card comes with 5120 Stream Processors, and 80 Ray Accelerators / RT Cores but it does not have any Tensor Cores or its equivalent cores. You must note that you cannot compare CUDA Cores and Stream Processors based on their numbers as it would be like comparing apples to oranges. However, due to the smaller 7nm fabrication process, RX 6900 XT is quite a power-efficient card given the performance it offers.

The features that are exclusive to RX 6900 XT include USB Type-C connector support, Radeon Image Sharpening, and Smart Memory Access (SAM) which enables the CPU to access all graphics card memory for improved performance in select games. For SAM to work, a Ryzen 5000 series CPU and a 500 series motherboard are needed.

Here are the benchmarks of these cards at 1440p and 4K resolution in the latest AAA games. 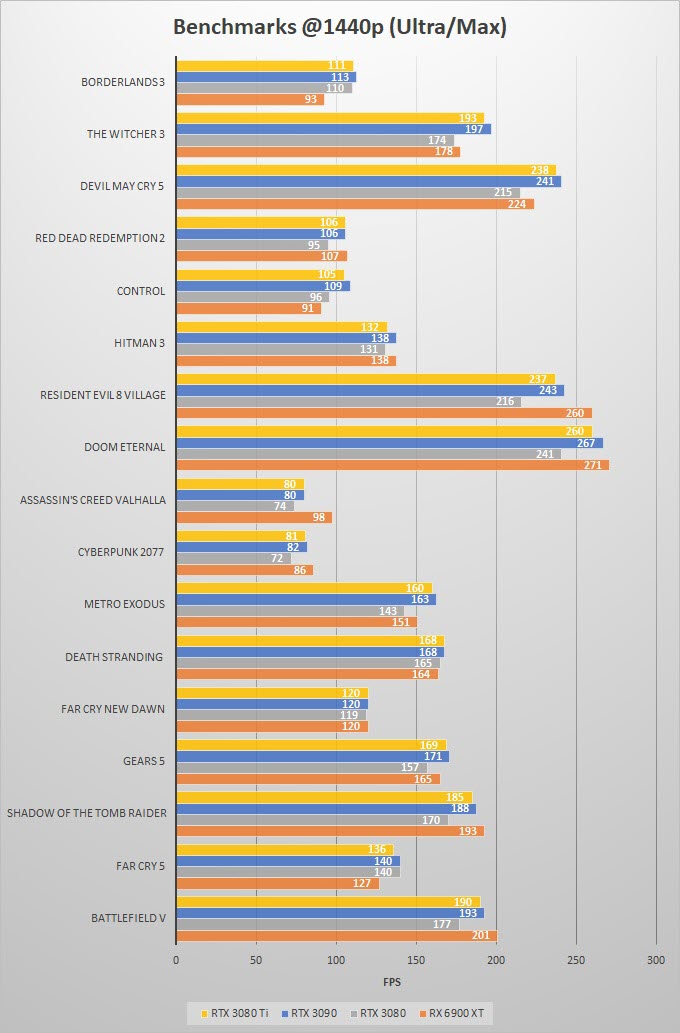 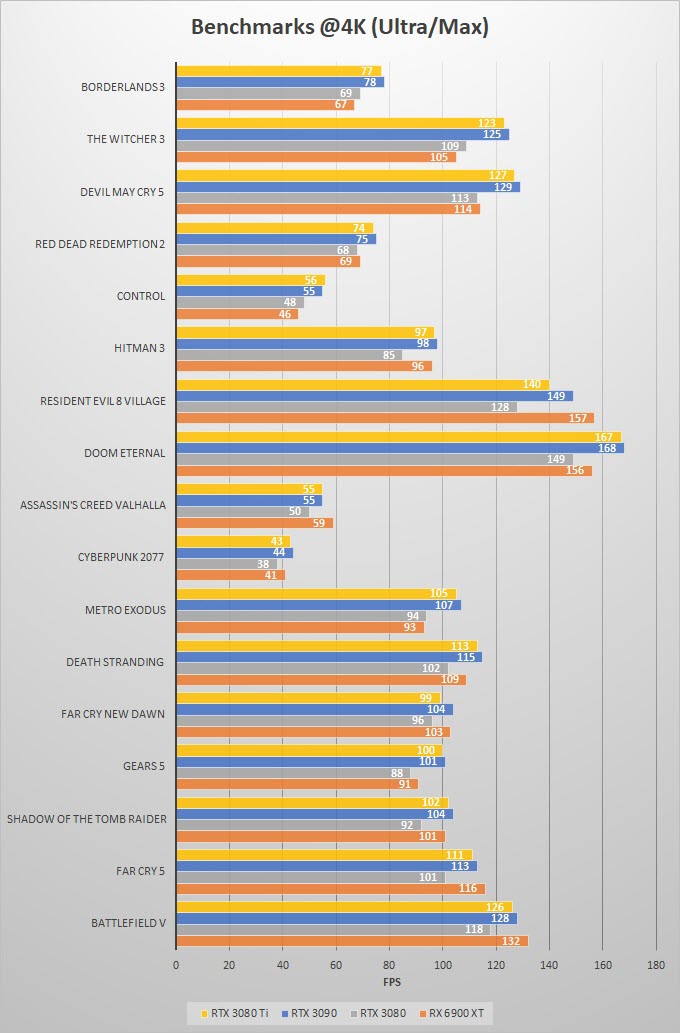 When it comes to base MSRP pricing then RTX 3090 is the costliest card here at $1499, followed by RTX 3080 Ti at $1199. The Radeon RX 6900 XT has a base MSRP of $999 and the cheapest card here is the RTX 3080 having a price tag of $799. The custom AIB models of these cards cost more and you can check the latest prices of the various models of these cards from the links given below.

Well, RTX 3080 Ti is basically an RTX 3090 with slightly fewer cores and half the amount of memory that RTX 3090 has. RTX 3080 Ti does beat RX 6900 XT in some games while in others it lags behind a little bit and on average it is only 2% faster than RX 6900 XT. RTX 3080 also performs very well and delivers great performance for the price. I think RTX 3080 Ti is a quite forgettable card as it costs as much as the RTX 3090 and comes with a lesser core count and most importantly, it has half of the VRAM that RTX 3090 has. So, if I have to choose here then I think RTX 3080 or even the RX 6900 XT are the most sensible options for 1440p and 4K gaming. If you have any queries then do ask me in the comment section below. 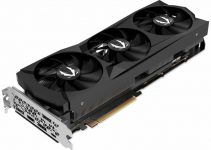