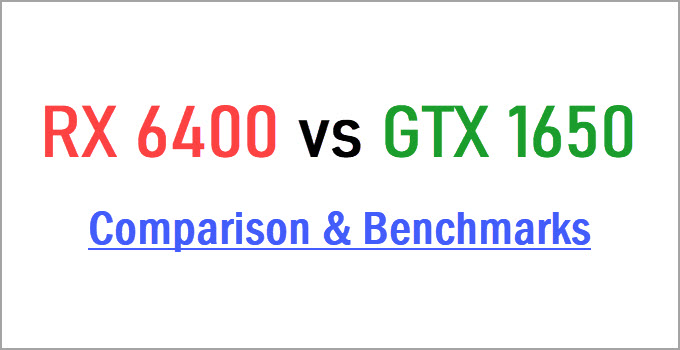 RX 6400 is a small form factor graphics card and is mainly targeted toward users having low-end systems who prefer playing older games or do not mind playing the latest games at lower graphics settings. The card has a very low power consumption footprint and does not require any supplementary power from the PSU. The main competitor of this card is the GTX 1650 which is also a budget graphics card having lower power consumption. So, if you want to find out how the RX 6400 performs against its major competitor then please continue reading till the end.

Below is the comparison between RX 6400 and GTX 1650 graphics cards based on their specifications, performance, pricing, power consumption, and features.

Radeon RX 6400 is powered by RDNA 2 architecture and is built on the 6nm fabrication process. It uses Navi 24 GPU chip which is the same as in RX 6500 XT but in a cut-down form and comes with 768 Stream Processors. The card also comes with 12 Ray Accelerators or Ray Tracing Cores for Real-time Ray Tracing capability.

GeForce GTX 1650 is built on the Turing GPU architecture with the 12nm manufacturing process. The card uses a TU117 chip and comes with 896 CUDA Cores. There are no Ray Tracing Cores or Turing Cores present on the GTX 1650. You should note that there is no way to compare CUDA Cores with Stream Processors based on their numbers as both are based on different GPU architectures from different GPU manufacturers and work differently within their respective architectures. You can find the difference between CUDA Cores and Stream Processors by going to the link mentioned below.

Both the cards support DirectX 12 Ultimate, OpenGL 4.6, and G-Sync/FreeSync variable refresh rate technologies. Radeon RX 6400 supports PCIe 4.0 interface but it is limited to x4 lanes only. Also, the card lacks 4K H264 Encode and H265/HEVC Encode that the GTX 1650 supports. Moreover, AV1 Decoding is also not supported by the RX 6400. There is Real-Time Ray Tracing support for RX 6400 but practically you won’t be able to use it in most games because the GPU is quite underpowered to run games with Real-time Ray Tracing enabled with playable frame rates. Also, RX 6500 does support HDMI 2.1 but the display outputs are limited to two only. On the other hand, GTX 1650 supports PCIe 3.0 x16 interface and is not limited by any bandwidth restrictions. When it comes to resolution upscaling technologies to gain more FPS in games then RX 6400 does support AMD FidelityFX Super Resolution (FSR) while GTX 1650 lacks DLSS (Deep Learning Super Sampling). 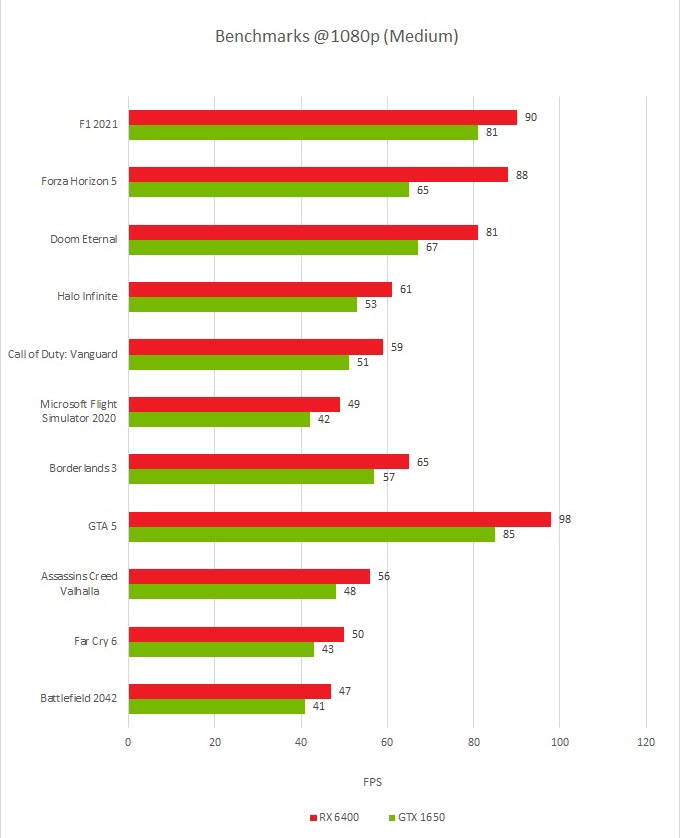 Well, if you are looking for a highly energy-efficient small form factor graphics card for your budget or small form factor build then RX 6400 fits the bill perfectly. The card is powerful enough to run older games at 1080p at high-medium settings and can run the latest AAA games at 1080p resolution at low-medium settings depending on the game’s graphics requirements. The only disadvantage with RX 6400 is that its PCIe bandwidth is limited to x4 lanes only and it can lose some performance running at PCIe 3.0 x4 compared to running at PCIe 4.0 x4. It is a little worrying factor because the majority of the buyers of RX 6400 will not be having a motherboard with PCIe 4.0 support. However, even at PCIe 3.0 x4, RX 6400 does offer satisfactory performance for the price and makes a prominent statement. I think it is an excellent buy for users with low-profile SFF PC Cases because the card is available in a single-slot low-profile design and does not require an external PCIe power connector. If you have any queries regarding the RX 6400 then feel free to ask me in the comment section below. 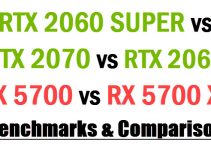