GeForce GTX 1650 is a budget graphics card in the GeForce GTX 16 series from Nvidia. The card is placed below GTX 1660, which is more of an affordable mid-range graphics card in this GTX 16 series lineup. GTX 1650 is based on the Turing GPU architecture but lacks RT cores for Real-Time Ray Tracing and Tensor cores for AI and Deep Learning. The card uses a new GPU core, which is TU117, and is built on the 12nm manufacturing process. This is the cheapest Turing graphics card as of now, and the base model or the reference card is priced at USD $149 MSRP.

GeForce GTX 1650 comes with 896 CUDA Cores and 4GB GDDR5 memory having 128-bit interface and a speed of 8Gbps, offering bandwidth of 128 GB/s. The reference GPU Base and Boost clock of the card is 1485 MHz and 1665 MHz respectively. It supports DirectX 12, OpenGL 4.6, Vulkan APIs and features that include GPU Boost, Nvidia G-Sync, Nvidia Ansel, Adaptive Shading and comes with Volta-based NVIDIA Encoder (NVENC). The reference GTX 1650 card has a lower power consumption of 75W only and does not require an external PCI-E power connector. However, the highly overclocked models of this card from various board partners require a 6-Pin PCI-E connector to power this card.

This GTX 1650 card is 1.7X faster than GTX 1050, and is also faster GTX 1050 Ti and Radeon RX 560, but is a bit slower than GTX 1060 (3GB) and Radeon RX 570. The card is powerful enough to run the latest games on 1080p at High graphics settings with an average of 60 FPS or more. This card is best suited for eSports gaming and is not a VR Ready graphics card. There are various models of this card available from different graphics card manufacturers, featuring different form factors, cooler, and prices. So, if you are confused about which GTX 1650 card is best for you, then here I am going to list down the best GTX 1650 cards for different requirements.

If you want the best budget 1650 graphics card, then ZOTAC GAMING GeForce GTX 1650 OC is a perfect choice. This is also the best compact GTX 1650 graphics card that has a length of 151mm, and can easily fit in almost all the small form factor (SFF) and mini-ITX cases (excluding low profile cases). This is the OC variant and comes with a GPU Boost clock speed of 1695 MHz, which is 30MHz higher than the reference. For cooling, it comes with a heatsink having a sunflower design, and a 90mm fan with a striped fan blade to provide more optimized airflow with high pressure for better cooling and heat dissipation. 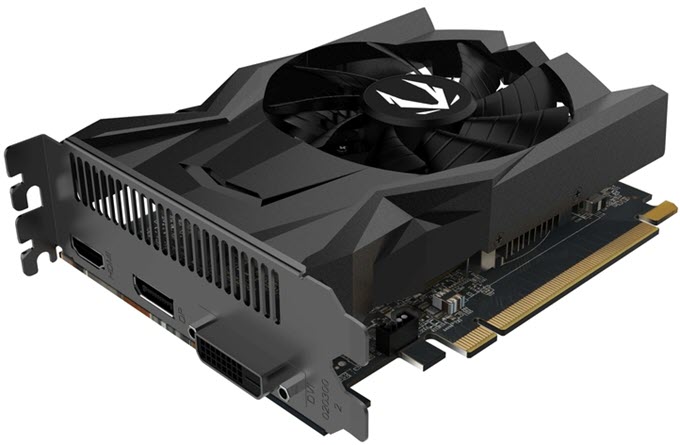 This super-compact GTX 1650 card draws all its power from the PCIe x16 slot only and does not require an external PCIe power connector. A 300W power supply is recommended for this card. This is also a great card for building an HTPC or media center PC. The card has a dual-slot design, which means it will consume two slots on your motherboard and the PC case. Display connectivity options for this card include DVI, HDMI, and DisplayPort.

Note: Another very good budget and compact GTX 1650 card is Gigabyte GeForce GTX 1650 MINI ITX OC 4G. It is 152mm in length and comes with a GPU Boost clock speed of 1680 MHz. This card also does not require an external PCIe power connector and comes with two HDMI ports and one DisplayPort. You can also check this model from the links given below.

If you are looking for a budget GTX 1650 card with dual fan then it is Gigabyte GeForce GTX 1650 OC 4G. The card comes with WINDFORCE 2X cooling system that features two alternate spinning 80mm fans having a unique blade design (3D stripe curve) and a direct touch GPU heatsink. These alternate spinning fans reduce the turbulent airflow and allow smoother airflow for better heat dissipation and cooling performance. Also, the 3D Active Fan provides semi-passive cooling, which means under low GPU load or idle conditions, the fans remain turned off and they start automatically when the load on the GPU increases, especially when playing a heavy game, running GPU benchmark, or working with some GPU intensive software or application.

This is an OC edition card with GPU Boost of 1710 MHz and you can overclock it further using Gigabyte AORUS engine or other good GPU overclocking software. This is a dual-slot card and has a length of 191mm. The card does not require external PCI-Express power connectors and needs only a 300W PSU for its working. The display connectors for this card include two DisplayPort and one HDMI port.

EVGA GeForce GTX 1650 XC Ultra GAMING is the fastest and most overclocked GTX 1650 card. It comes with a GPU Boost Clock speed of 1875 MHz, which is 210 MHz more than that of a reference GTX 1650 card. For cooling, it comes with a fat black heatsink and dual fans that work great together in keeping the temperature well in control. This is a 2.75 slot card, which means it will consume three slots on your motherboard and the PC case. It has got a metal backplate that provides its strength and rigidity and prevents it from sagging or bending. 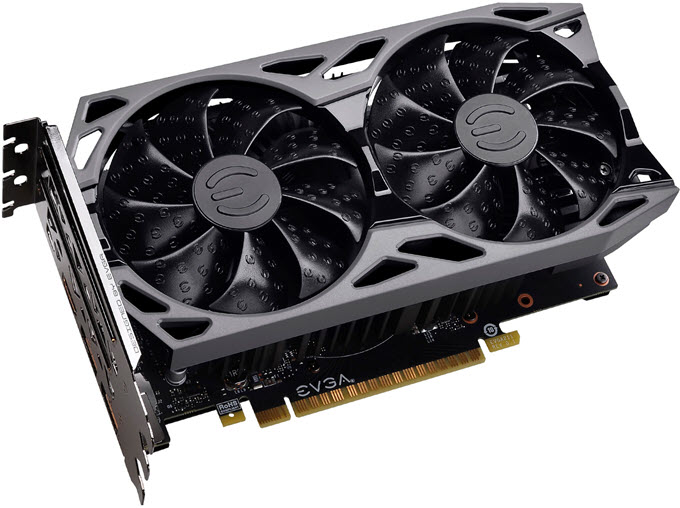 The card requires a single 6-Pin PCIe connector for extra power and a 300W PSU. Display connectivity options at the rear include two DisplayPort and one HDMI port. You can overclock the card further, and also configure various advanced settings using EVGA Precision X1 software. So, if you are looking for the fastest and highly overclocked GTX 1650 card then it is the one.

If you are looking for a low profile GTX 1650 card for your slim small form factor PC or computer case, then it is ZOTAC GAMING GeForce GTX 1650 Low Profile. This GTX 1650 low profile graphics card runs at the stock GPU clock speed of 1665 MHz and comes with dual 40mm fans for cooling. This is a dual-slot card, which means you have to compromise on two motherboard and PC case slots for accommodating it. The card is low on power consumption and does not require PCIe power connectors for its working. Connectivity options for display include one DVI, HDMI and DisplayPort at the rear. 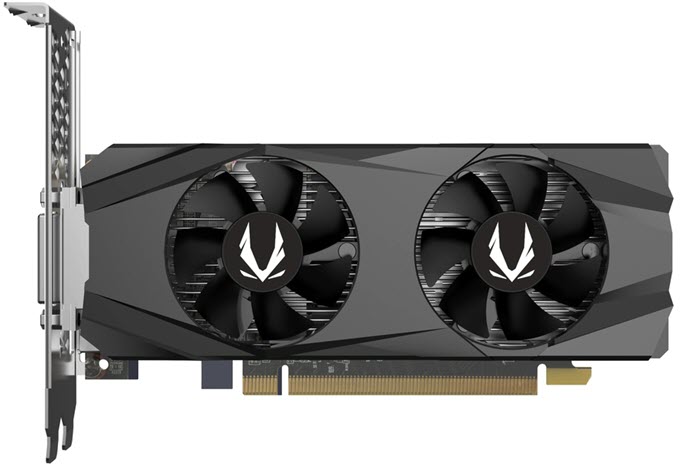 If you are looking for an all-rounder GTX 1650 card that is silent and offers great performance then MSI GeForce GTX 1650 GAMING X 4G is the one. This is an overclocked GTX 1650 card that has got GPU Boost clock of 1860 MHz, which is 195MHz greater than the reference. It features the MSI TWIN FROZR Thermal Design (7th generation) cooling solution that comes with dual TORX 3.0 fans and a heatsink with direct contact heat pipe. These TORX 3.0 fan comes with a Dispersion fan blade and traditional fan blade design to create both high airflow and static pressure for much better cooling performance. The ZERO FROZR technology on this card offers quiet performance because the fans stay off during low GPU load or idle when the GPU temperature is under 60 °C, and when this temperature threshold limit is crossed during heavy game-play or higher GPU workloads, then the fans start spinning automatically to keep the card cool. 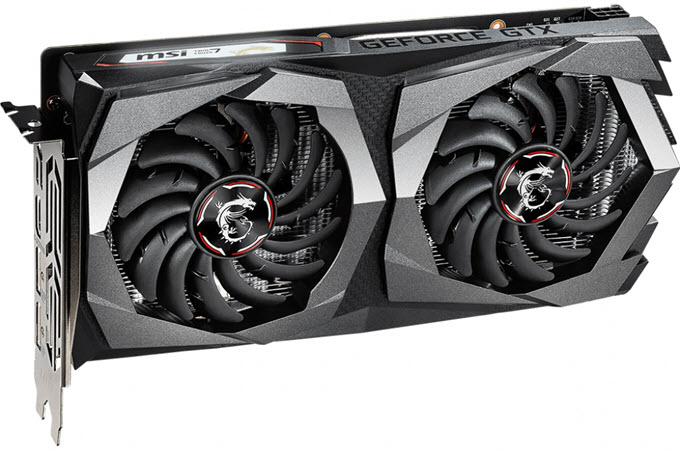 This is also a great-looking card and has a good overall design. The card requires a 6-pin PCI-e connector and a good-quality 300W PSU for its working. Connectivity options for display include two HDMI ports and one DisplayPort. You can overclock this card further using the famous MSI Afterburner graphics card overclocking and monitoring software, which you can download for free from the MSI website.

[Compact in Size too]

MSI GeForce GTX 1650 AERO ITX 4G OC is a small powerhouse that comes with a GPU Boost frequency of 1740 MHz boost and does not require external power from the PSU. This compact GTX 1650 card is only 170mm in length and can fit in most compact cases, except the low-profile ones. The card uses a single large fan and heatsink for cooling. The PSU requirement is 300W only, and it consumes 75 Watts of power. For display connectivity, it includes one DVI, HDMI, and Display Port.

If you want a good dual-fan GTX 1650 card that does not require an external PCI-E power connector then MSI GeForce GTX 1650 VENTUS XS 4G OC is a good choice. The card is slightly overclocked with a GPU Boost speed of 1740 MHz and comes in a silver and black color scheme. The power consumption of the card is rated at 75W and it requires only a 300W PSU for its operation. The card includes HDMI, DVI, and DisplayPort for connectivity. 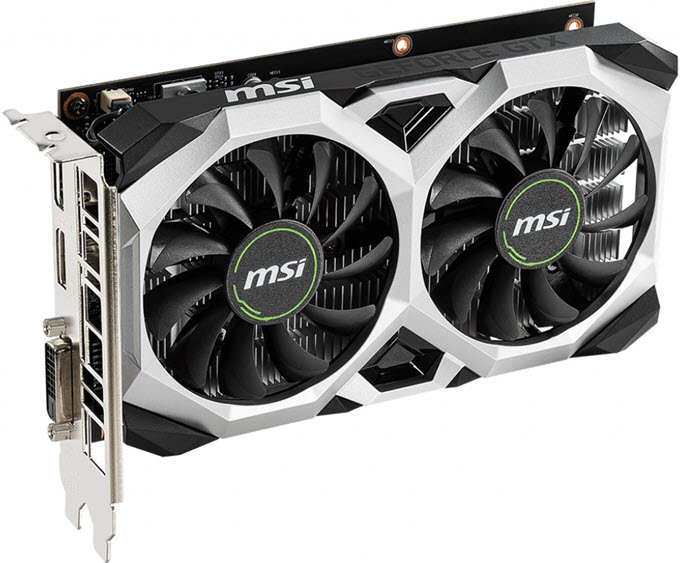 Here are some other GTX 1650 cards that are worth checking out.

Note: There is no triple fan GTX 1650 card available in the market.

GeForce GTX 1650 is the replacement for the GTX 1050, which was a great budget card in its days. The card is great for 1080p gaming and for playing eSports titles. Also, due to its lower power consumption, it is well suited for HTPC, Media Center PCs with lower wattage PSU. The card is competitively priced, but it would have been great if it was priced a little lower. However, it is still a good budget gaming card and is the cheapest Turing card that you can buy. If you have any questions regarding it, then ask me in the comment section below. 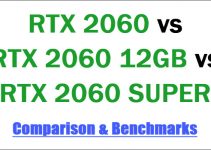