Almost all of the mid-range and high-end graphics cards available today come with a dual-slot design which means they occupy two slots on your motherboard and computer case. This is because these cards come with powerful GPUs, and to cool them a bigger heatsink with one or more fans is required, thereby increasing the height of the graphics card.

The main disadvantage of dual-slot graphics cards is that they occupy two or more slots on your motherboard, and if you have a smaller motherboard like a microATX one, then you will not be able to fit an expansion card in the adjacent and vacant PCI-E slot that is already occupied by the graphics card. Only some of the entry-level graphics cards come with a single-slot form factor, but they are not good for gaming purposes. But having said that there are some good single-slot graphics cards that are quite powerful, and you can use them for a decent amount of gaming and graphics-related work. So, here in this post, I am going to provide you with a list of the best single slot graphics cards available today.

Important Note: Single Slot graphics cards have limited cooling capability due to a slimmer heatsink and a single fan. So, do not ever try to overclock them as they can thermal throttle easily. Also, you must have good airflow and ventilation in your PC case by installing additional case fans for single slot graphics cards for their better cooling.

Here are the best single slot GPUs or graphics cards from Nvidia for gaming and graphics-related work.

This is a budget graphics card that comes with 4GB 128-bit DDR3 memory. EVGA also has other GT 730 models in GDDR5 & DDR3 variants but only this one comes with the single-slot design. It is a decent powerful card but is not meant for extreme gaming. Yes, you can play older games on medium settings and some of the latest games on low settings. 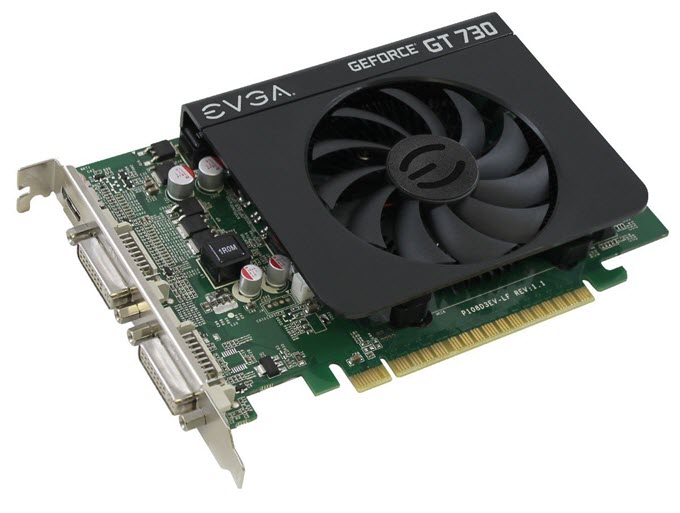 EVGA GeForce GT 730 comes with 96 CUDA Cores which is way less because the 64-bit DDR3 and GDDR5 variants come with 384 CUDA Cores. This is a good card for watching HD movies, video editing, photo editing, and running basic to medium level graphics software. This is a low-power card and it includes dual DVI and an HDMI port for connectivity. You may get this graphics card for under 100 dollars and may check out the link below for its availability.

This is a more powerful graphics card compared to the above-mentioned EVGA GT 730.  EVGA GeForce GT 740 SC Single Slot Graphics Card comes with 384 CUDA Cores and 4GB DDR3 memory. The card comes with a bigger heatsink and a relatively smaller fan for cooling. 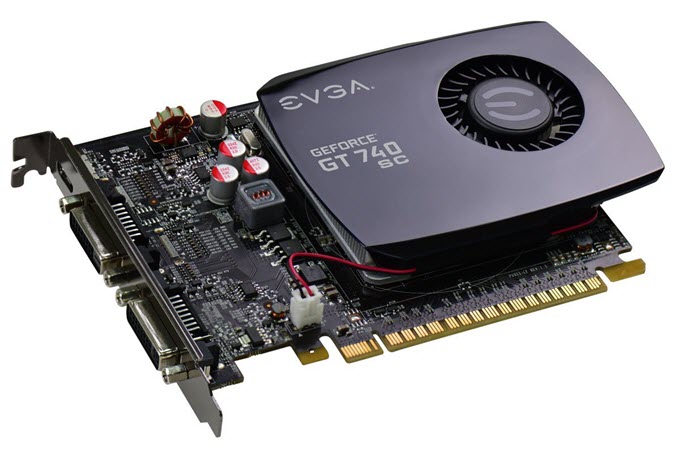 This is also not a true gaming card but it can be used for a decent amount of gaming especially for playing older games at high settings. This card is powerful enough to run games like CSGO on max settings and you can also play the latest games at low-medium settings at a decent resolution. The card does not require external power connectors and has got two DVI ports and one mini-HDMI port for connectivity. You can get this GT 740 single-slot graphics card for a tad above 100 dollars.

GeForce GT 1030 is the entry-level graphics card in the GeForce 10 series lineup. The card is built on the Pascal GPU architecture and comes with 384 CUDA Cores and 2GB GDDR5 memory. Here we have the single slot version of GeForce GT 1030 which is EVGA GeForce GT 1030 SC Single Slot. This is a great card for eSports gaming and running less demanding & older games at good graphics settings at 900p or 1080p. It can also run modern & latest games at low-medium graphics settings at 720p or 900p resolutions. This is an overclocked (SC) GT 1030 card, which means it will offer slightly better performance than a stock GT 1030. 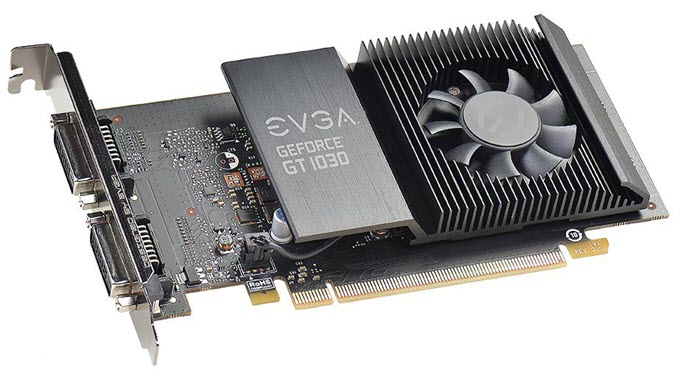 This single-slot GeForce GT 1030 graphics card from EVGA has a very low power consumption of 30 Watts and requires no external power connectors. For connectivity, the card comes with two single-link DVI-D ports. The card is at least two times faster than an integrated graphics solution (Intel Core i5 as reference) and packs a lot of power for the price. Highly Recommended by me.

GeForce GTX 1050 Ti is a powerful mid-range graphics card based on the Pascal GPU architecture from Nvidia. It comes with 768 CUDA Cores and 4GB GDDR5 memory. On this mid-range graphics card, you can play the latest games on high settings at 1080p resolution with playable frame rates. GeForce GTX 1050 Ti is more powerful than Radeon RX 460 and has performance equivalent to that of the Radeon RX 560. 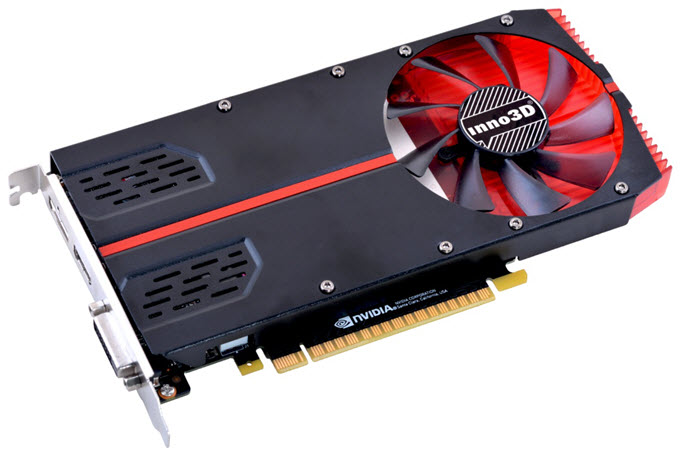 GALAX GeForce GTX 1070 KATANA is undoubtedly the most powerful single-slot graphics card that you can get for high-end gaming or professional graphics-related work. GeForce GTX 1070 is a high-end graphics card from Nvidia based on the Pascal GPU architecture. The card comes with 1920 CUDA Cores and 8GB GDDR5 memory having a 256-bit memory interface or bus-width. On this card, you can play the latest games on very high/ultra graphics settings at 1440p resolution with 60+ FPS.

This single-slot GeForce GTX 1070 comes with an all copper heatsink which helps in dissipating the heat more quickly and efficiently. The bracket also comes with special holes to remove the heat generated inside the card. This is known as RazorX Technique & Turbo Radiator from Galax which consists of a copper cooling and advanced vapor chamber. The fan on this card is a blower-type fan that blows air sideways on the heatsink for cooling it. This is an SLI-ready card which means you can run two of these cards in a multi-GPU setup on your PC and double your gaming performance. The card is also VR Ready which means it can seamlessly run all your Virtual Reality applications and games. The card has a maximum power consumption of 150W and requires an 8-pin PCI-E power connector. You need a good 500W PSU to power this single-slot GTX 1070 graphics card. For connectivity, it includes DVI, HDMI, and DisplayPort.

INNO3D GeForce GTX 1650 SINGLE SLOT is one of the most powerful single-slot graphics cards you can get for gaming. GeForce GTX 1650 is a budget mainstream graphics card based on the Turing GPU architecture from Nvidia and comes with 896 CUDA Cores and 4GB GDDR5 memory having a 128-bit interface. The card is around 25% to 35% faster than GeForce GTX 1050 Ti, which was quite a popular budget mainstream card in older days. On GTX 1650, you can play almost all the latest AAA games on medium to high graphics settings comfortably at 1080p with respectable frame rates. 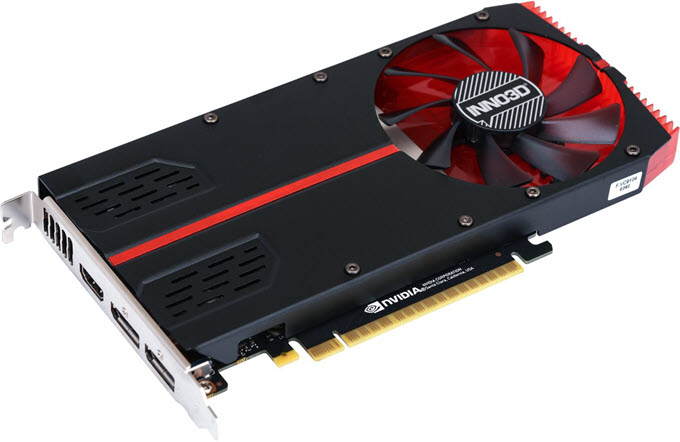 The single-slot INNO3D GeForce GTX 1650 features almost the same design and heatsink as of the single-slot INNO3D GeForce GTX 1050 Ti. It uses a metal shroud with a single fan located at the end. The card is also quite compact lengthwise. It does not require PCIe connectors from PSU and draws all its power from the PCIe x16 slot only. The recommended power supply for this card is 300 Watt. Display connectivity options include two DisplayPort and HDMI ports.

Here are the best single slot or single height graphics cards from AMD for gaming as well as video-related work. 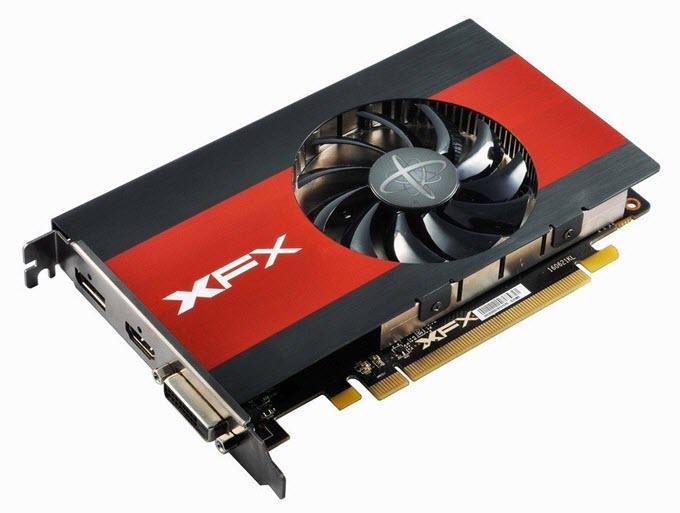 This is the only RX 460 card that has a single slot design as other RX 460 cards require two slots for their accommodation. On this card, you can play the latest games on medium settings on 1080p with good frame rates. It supports many advanced features and technologies such as DirectX 12, Vulkan, FreeSync, CrossFire, AMD LiquidVR technology, etc. This is not a power-hungry card as it does not require any PCI-E power connector from the PSU and needs only a good 400W power supply for its working. Connectivity options include DVI, HDMI, and DisplayPort. 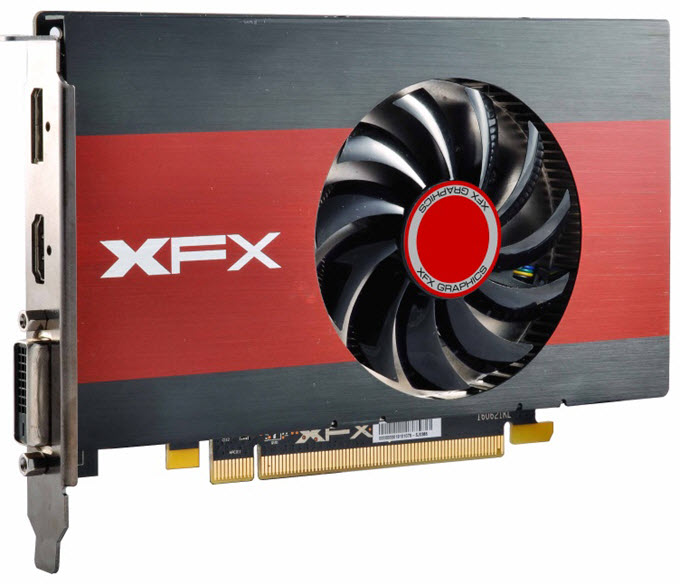 This budget single-slot graphics card is based on the Polaris GPU architecture from AMD and comes with DVI, HDMI, and DP ports. The card is powerful enough for casual gaming, video editing, and other graphics-related work. The card consumes very low power (TDP 50 Watt) and it does not require additional power connectors from the PSU. Display connectivity options include DVI, HDMI, and DisplayPort.

The fastest single-slot graphics card from AMD that you can get for small factor mini-ITX PC Cases or Systems. It is also a low-profile card and can fit into slim PC Cases too. The card is 170mm in length, 56.2mm in width, and 17.2mm in height. For cooling, Sapphire PULSE AMD Radeon RX 6400 uses and slim aluminum heatsink and a smaller fan. The card has a maximum power consumption of 55W and requires no supplementary power from the PCIe connectors. Display connectivity options include HDMI 2.1 and DisplayPort 1.4 ports.

Radeon RX 6400 is the smallest card in the AMD Radeon RX 6000 graphics card series from AMD. The card sits below the RX 6500 XT in the series and is the second card after the RX 6500 XT to be built on the smaller 6nm fabrication process. The card is powered by RDNA 2 GPU architecture and uses Navi 24 GPU in a cut-down form. It comes with 768 Stream Processors and 4GB GDDR6 memory having a 64-bit interface running at a speed of 16 Gbps. The card also features a 12MB Infinity Cache which is an ultra-fast memory cache that can deliver higher peak memory bandwidth momentarily.

The card has very low power consumption and draws all of its power from the PCIe x16 slot. The card supports HDMI 2.1, Directx 12, OpenGL 4.6, Vulkan, FreeSync, FidelityFX Super Resolution (FSR), Real-Time Ray Tracing, PCI-Express 4.0 (at x4 bandwidth only) but lacks H.264/H.265 encoding and AV1 decoding. RX 6400 offers GeForce GTX 1650 level performance and in some games, it beats the GTX 1650 by a significant margin. It is a great card for playing older games at high graphics settings at 1080p resolution and can even run the latest games at medium settings at 900p or 1080p resolution respectable frame rates. 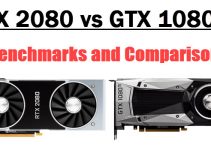 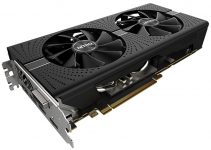 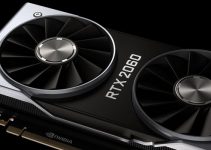