Radeon RX 6650 XT is one of the newer graphics cards released by AMD in its Radeon RX 6000 series lineup. It is a refresh of RX 6600 XT and comes with higher GPU and memory clock speeds while other specifications remain almost the same. The card sits above the RX 6600 XT in the Radeon RX 6000 graphics card series. The main competitor of RX 6650 XT is the GeForce RTX 3060 from Nvidia and the card also faces the competition from RX 6600 XT itself. So, if want to know how the newer RX 6650 XT performs against its major competitors then in this post, I will be comparing the card against the RTX 3060 and RX 6600 XT based on various important parameters along with the gaming benchmarks. 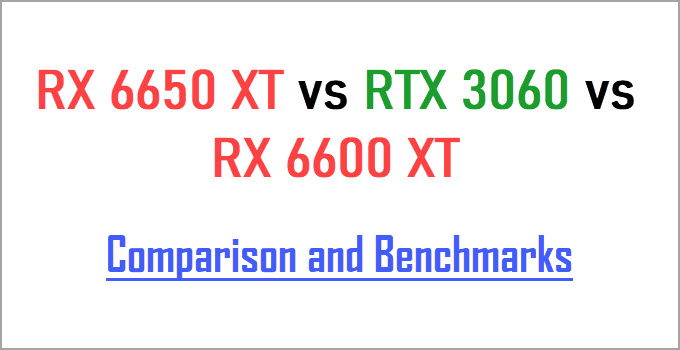 Below is the comparison between RX 6650 XT, RTX 3060, and RX 6600 XT graphics cards based on their specifications, performance, pricing, power consumption, and features.

RX 6650 XT and RX 6600 XT cards are powered by RDNA 2 GPU architecture and are built on the 7nm manufacturing process. Both the cards use Navi 23 XT GPU chip and come with 2048 Stream Processors, 32 Ray Accelerators, or Ray Tracing Cores. The GPU Boost Frequency of RX 6650 XT is 2365 MHz and that of RX 6600 XT is 2589 MHz. On the other hand, RTX 3060 is built on the Ampere GPU architecture on the 8nm manufacturing process. The card uses a GA106 GPU chip and comes with 3584 CUDA Cores, 28 Ray Tracing Cores, and 112 Tensor Cores for AI (artificial intelligence) processing or tasks.

Talking about features, all three cards are quite similar and support almost all the latest technologies. All of them support DirectX 12 Ultimate, OpenGL 4.6, Vulkan, PCI-Express 4.0, Real-Time Ray Tracing, HDMI 2.1, AV1 decode, Resizable BAR, Microsoft DirectStorage API (to reduce game loading times), variable refresh rate technologies G-Sync/FreeSync to reduce game stuttering. There is no SLI/CrossFire multi-GPU support for these cards. Although all these three cards natively support PCI-E 4.0, the PCI-Express bandwidth of RX 6650 XT and RX 6600 XT is limited to x8 only. This may not be an issue on a system that supports PCI-E 4.0, but it may degrade performance in the latest AAA games on motherboards or systems that support up to PCIe 3.0 interface only. The Nvidia Card here, GeForce RTX 3060 supports DLSS 2.0 (Deep Learning Super Sampling) which is a next-generation AI rendering technology to increase gaming performance or FPS in supported games.  On the other hand, RX 6650 XT and RX 6600 XT support AMD FidelityFX Super Resolution (FSR) which is an AMD implementation of image scaling technology to improve performance in the game by slightly compromising the image quality. 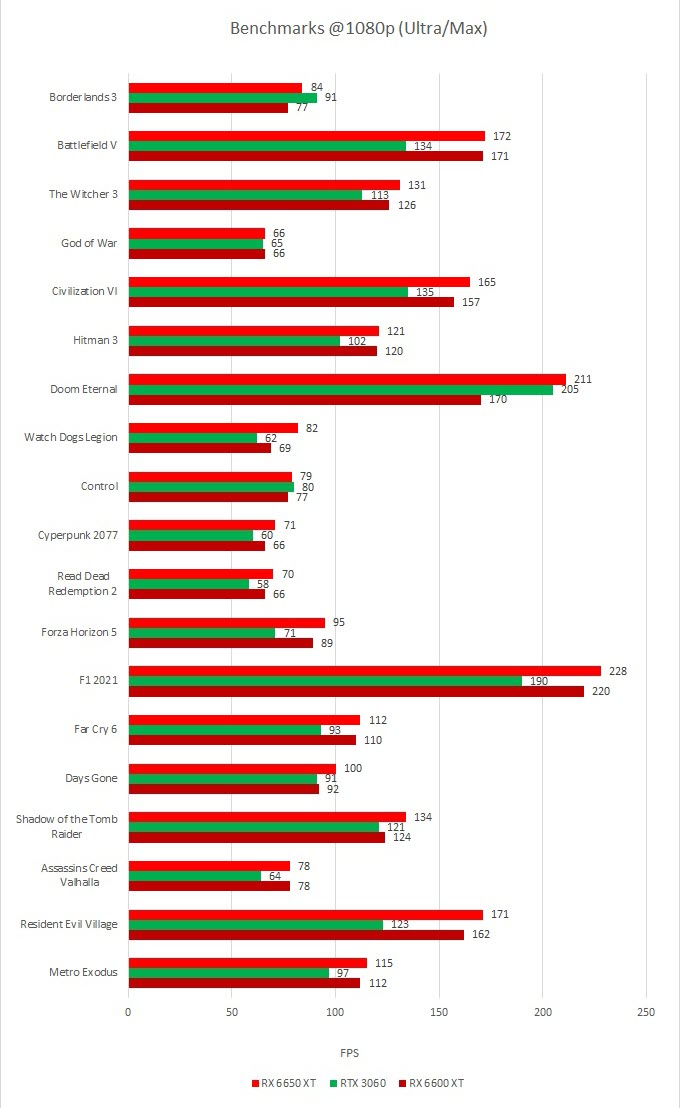 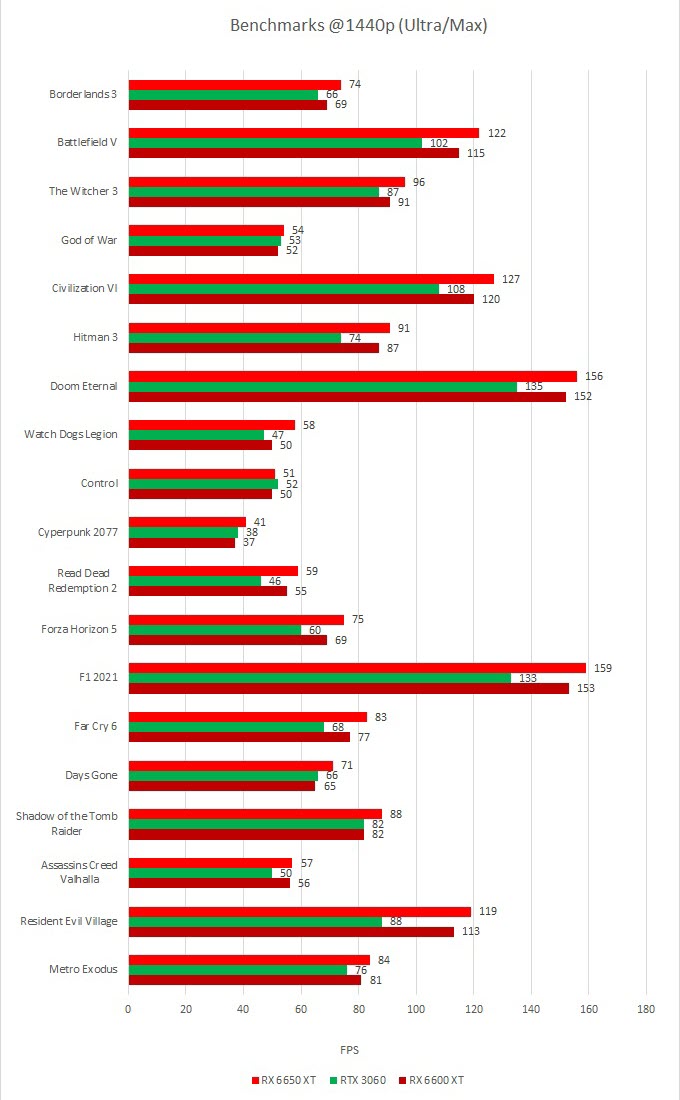 From the above gaming benchmarks, we can see that RX 6650 XT is the fastest graphics card and it beats RTX 3060 by a significant margin of around 13% (on average). When compared to RX 6600 XT, the performance difference is not that much and RX 6650 XT is only 5% faster on average.

The base MSRP of these cards is as follows; RX 6650 XT is priced at $479, RX 6600 XT at $399, and RTX 3060 at $399. The custom models of these cards may cost more depending on the features offered and the cooling solution used. You can check the current prices of these graphics cards from the links given below.

Well, RX 6650 XT is basically an overclocked version of RX 6600 XT with no major performance gains. The card is only 5% faster (on average) over RX 6600 XT but the price increase is quite significant. Compared to RTX 3060, RX 6650 XT is substantially faster and beats it in every game easily. RX 6650 XT would have made more sense if it was priced the same as the RX 6600 XT otherwise it is easily forgettable and is quite a meaningless card. If you have any queries or opinions about these cards then let me know in the comment section below. 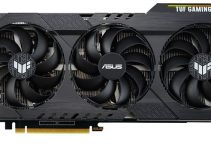 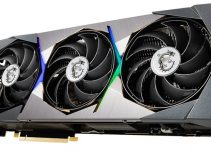