Radeon RX 7900 XTX is the flagship RX 7900 series graphics card from AMD based on the latest RDNA 3 architecture. RX 7900 XTX competes with GeForce RTX 4080 which is the second most powerful gaming graphics card in the GeForce RTX 40 series lineup. Both RX 7900 XTX and RTX 4080 are powerful high-end graphics cards that are meant for 4K Ultra gaming. These cards also offer various latest technologies, and features and deliver great performance in gaming and creator software. Choosing between them can be a tough task because they are closely matched in various departments. So, if you want to find out how these two cards compete against each other in various departments then below you can find the comparison between them on important parameters. 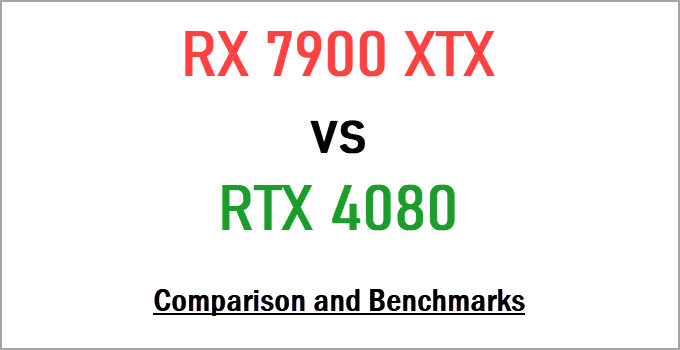 Below is the comparison between RX 7900 XTX and RTX 4080 graphics cards based on their specifications, performance, pricing, power consumption, and features.

Radeon RX 7900 XTX is powered by RDNA 3 GPU architecture and uses Navi 31 XTX GPU. It is the world’s first gaming graphics card to use chiplet GPU where multiple chiplets or dies are put on the same package. The Radeon RX 7900 XTX GPU uses a large die at the center and six smaller dies around it. The center large die is called GCD (Graphics Compute Die) and houses compute units whereas the smaller dies are known as MCD (Memory Cache Die) and they contain the memory controller and cache. The GCD is fabricated on a 5nm process while MCDs are fabricated on a 6nm process. RX 7900 XTX comes with 6144 Stream Processors and 96 Ray Accelerators. On the other hand, GeForce RTX 4080 from Nvidia is built on the Ada Lovelace architecture on the smaller 4nm fabrication process. The card uses AD103 GPU and comes with 9728 CUDA Cores, 76 Ray Tracing Cores (3rd Generation), and 304 Tensor Cores (4th Generation).

Here are the gaming benchmarks of these cards at 4K resolution. 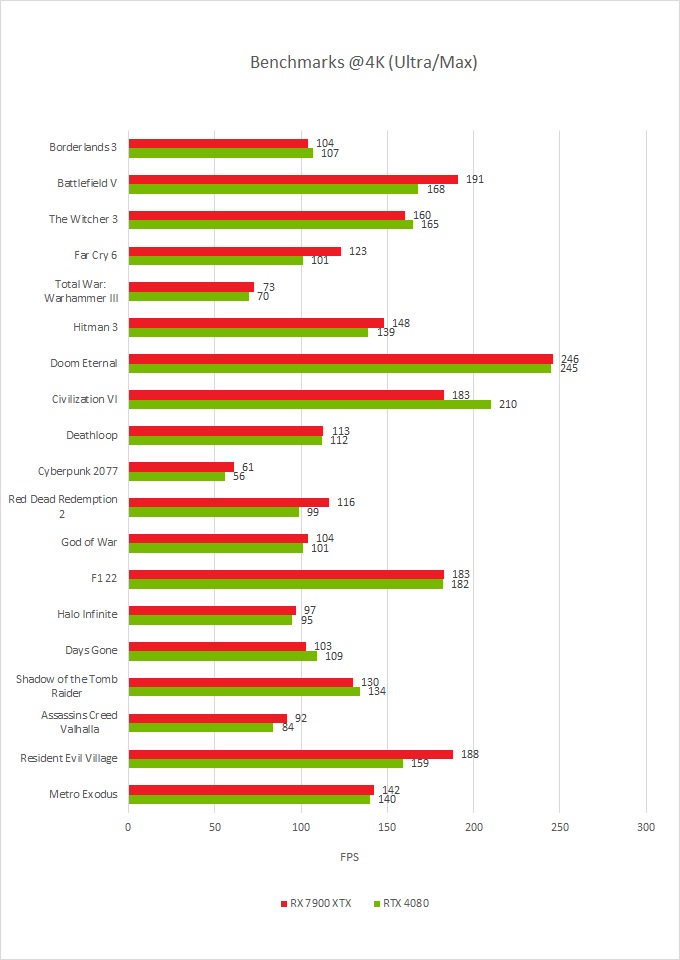 From the above gaming benchmarks, we can see that both cards perform almost the same at 4K resolution. In most games, RX 7900 XTX is a little faster and on average about 3% to 4% faster than RTX 4080 overall. 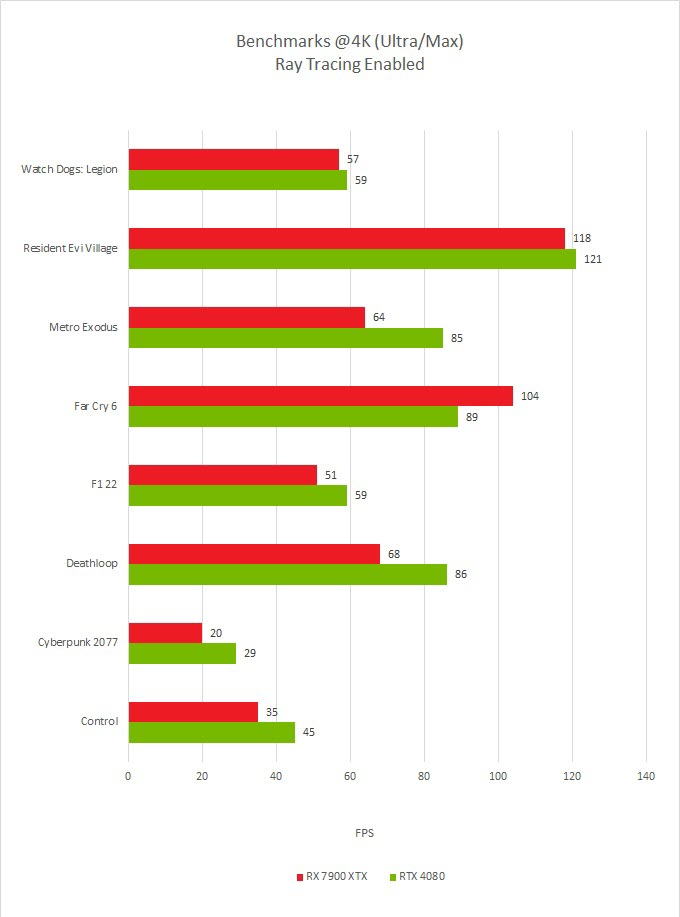 When Ray Tracing is enabled in supported games then RTX 4080 takes a significant lead and is about 16% faster than RX 7900 XTX on average at 4K.

If we talk about the MSRP of the reference RX 7900 XTX and RTX 4080 cards then RX 7900 XTX is priced at 999 USD and RTX 4080 has a price tag of 1199 USD. The custom models of these cards do cost more because of better cooling, extra features, RGB lighting, overclocking, and build quality. You can check the current prices of these cards from the links given below.

In the end, I would like to say that you cannot go wrong with either RX 7900 XTX or RT 4080 for 4K gaming with all the bells and whistles turned to maximum. Compared to RX 4080, RX 7900 is cheaper, has a larger VRAM, and is relatively compact than RTX 4080. On the other hand, RTX 4080 is significantly faster in Ray Tracing, has a better media engine, and uses less power compared to RX 7900 XTX. If both the cards are available at the same price then I will pick the RTX 4080 otherwise RX 7900 XTX which is also a very good product. 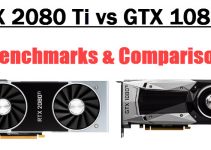 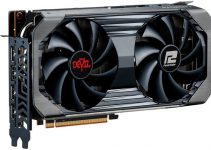