Liquid Cooling or Water Cooling is the best way to cool down a high-end processor or graphics card. For high-end processors, it is generally advisable to use a liquid cooler because these processors can get very hot, especially during gaming and an aftermarket liquid CPU cooler prevents them from getting too hot and keep their temperatures well below the threshold value. A good liquid cooler also allows you to overclock your CPU or GPU to much higher frequencies.

High-end graphics cards also get very hot when you play latest games on maximum graphics settings at 1440p or 4K resolution. VR or Virtual Reality can also stress your graphics card too much resulting in much higher temperatures for GPU, VRAM and VRM. If you are a hardcore gamer or a performance enthusiast then it is better to buy a high-end graphics card with a liquid cooler because it will offer you much better cooling performance compared to an Air cooling unit with fans & heatsink. So here in this post, I am going to list down the best high-end liquid-cooled graphics cards for the ultimate gaming and VR performance.

There are also some disadvantages of water cooled graphics cards too which include a slightly higher cost and they require more space in your cabinet and have higher power consumption because of the presence of radiator and pump unit.

Here are the best high-end graphics cards that come with Hybrid cooling solution. In hybrid cooling, the GPU is cooled by liquid cooling unit with radiator & fan and other components such as VRAM and VRM are cooled by Heatsink and Fan (HSF).

The first card in our list is the EVGA GeForce GTX 1070 GAMING Hybrid that comes with 8GB GDDR5 VRAM. This is a high-end graphics card and is based on the latest Pascal GPU architecture from Nvidia. The card has 1920 CUDA Cores and comes pre-overclocked from the company. 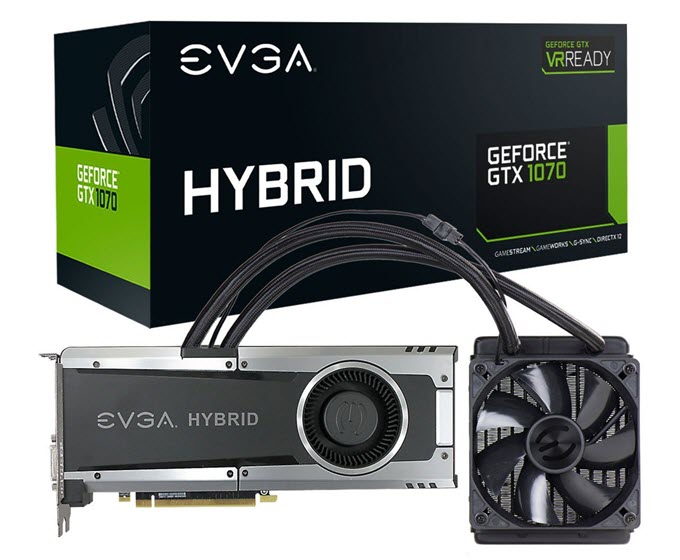 EVGA GeForce GTX 1070 Hybrid comes with 120mm Radiator and Fan which keeps the GPU temperature well under control. For VRAM and VRM cooling, it has a blower and heatsink. The card has sleeker design but the radiator does occupy extra space inside your case. On this card, you can play latest games on very high and ultra graphics settings at 1440p. Also, you will be able to play older games on 4K resolution. This card runs 30 to 35 °C cooler than the standard GeForce GTX 1070 which depicts its amazing cooling performance.

The card has a maximum power consumption of 170W and requires one 8-pin PCI Express power connector from the PSU. Other features include an LED light. EVGA GeForce GTX 1070 Hybrid graphics card is very reasonably priced and it is surely the cheapest water-cooled or hybrid Geforce GTX 1070 available in the market. 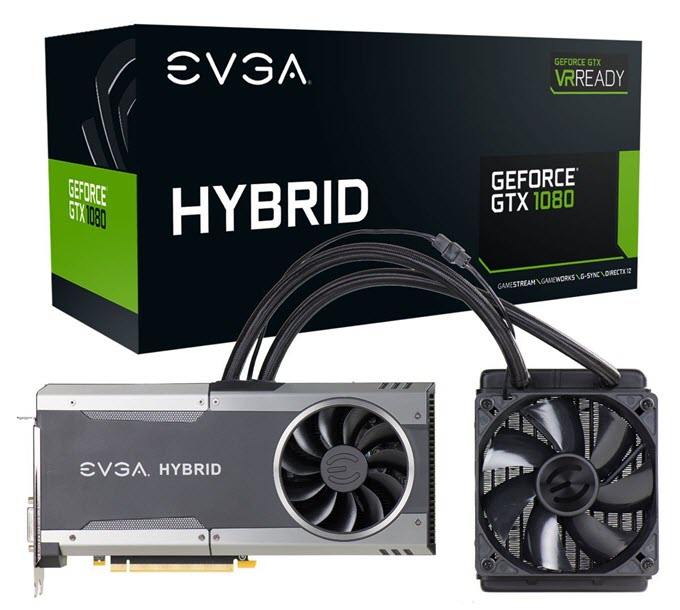 The cooling unit on this card is better than the EVGA GeForce GTX 1070 GAMING Hybrid mentioned above. The hybrid cooling unit comes with 120mm Radiator and Fan for the GPU and for VRAM it comes with a dedicated memory plate that makes direct contact with the water cooling block of the GPU for increased cooling performance for the memory. On the top, it has a 10CM fan for cooling VRM and other smaller components. Other features of this card include Dual BIOS and customizable RGB LED that you can adjust using EVGA Precision XOC overclocking software. The card runs around 40 degrees Celsius cooler than standard GTX 1080 and is priced slightly higher than the non-hybrid GTX 1080 versions. This is a power-hungry card as it has maximum power consumption 215W and requires two 8-pin PCI-E power connectors from the PSU. Overall it is unarguably one of the best water-cooled GTX 1080 cards around at an affordable price.

There are other GeForce GTX 1080 Hybrid Graphics Cards available too from different brands like Gigabyte and MSI which can also check out from the links given below. 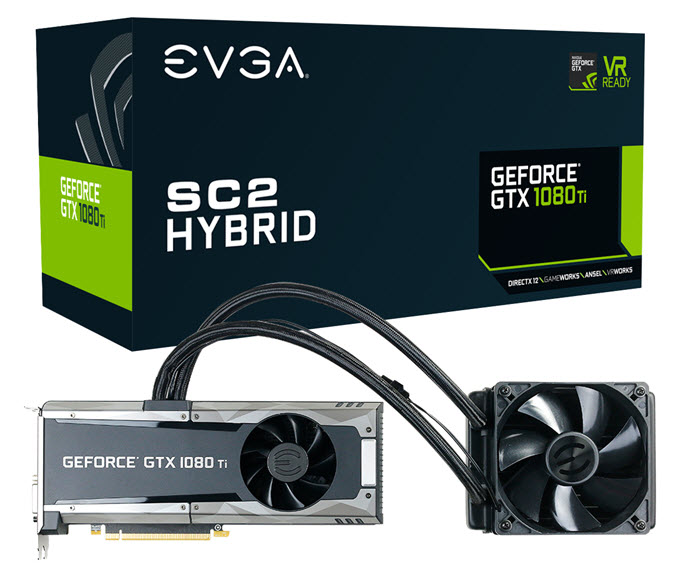 The card is cooled by Hybrid Cooler in which the GPU and VRAM are cooled by the water cooling unit and VRMs are cooled down by a dedicated heatsink and fan unit. It also comes with the EVGA’s latest iCX technology in which 9 thermal sensors and multiple MCUs are installed on the card. The purpose of these sensors is to individually detect the temperature of a particular component i.e. GPU, VRAM or VRM, and if any one of them reports a higher temperature than the other then that component will be cooled down immediately by increasing the fan speed asynchronously.

This graphics card is meant for high-end gaming systems and it can run any latest game on ultra graphics settings at 4K. This is a VR Ready card and offers great Virtual reality performance. The card supports features like G-Sync, Nvidia GPU Boost 3.0, Vulkan API, Nvidia Ansel, Nvidia SLI (2-way SLI) with HB Bridge support. The card has maximum power consumption of 250W and requires one 6-pin and one 8-pin PCI-Express power connector for its working. You will need a good 600W PSU for the proper working of this card and other components of your gaming PC. So if you are looking for the fastest water-cooled graphics card then you must get this one for sure.

Here the best graphics cards equipped with a Water Block cooling solution. In Waterblock cooling, all the major components of the graphics card i.e. GPU, VRAM, and VRM are cooled by water or the liquid coolant. It is even better in terms of overall cooling performance of components compared to hybrid cooling or traditional water cooling. For water block graphic cards you have to additionally install a custom water cooling kit (including pump, radiator, and reservoir) if you don’t have it already. 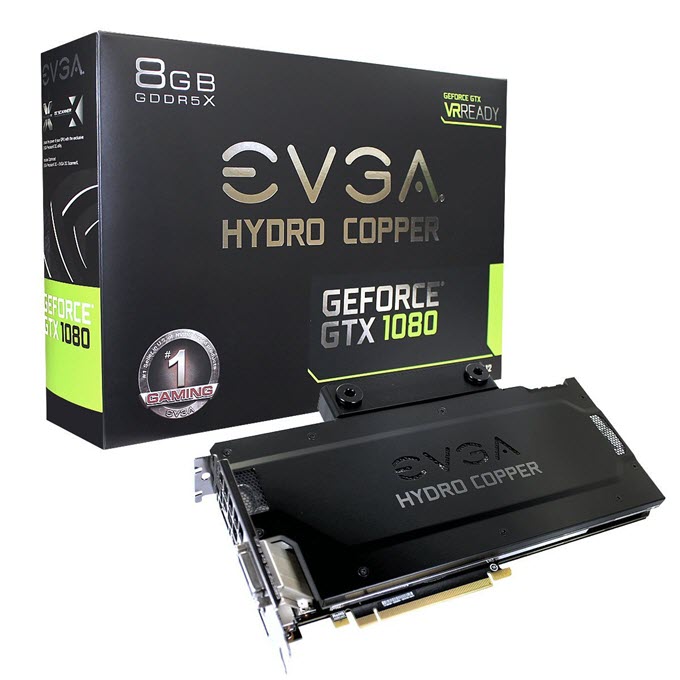 The card comes pre-overclocked and is suitable for high-end gaming PCs with a custom water cooling system. The card has maximum power consumption of 215W and requires two 8-pin PCI-E power connectors. Other features include an RGB LED and Dual BIOS. You can customize the RBG LED using EVGA Precision XOC software. The card comes with 10+2 power phases which means it will remain very stable if you overclock it to much higher frequencies.

There are other GeForce GTX 1080 Water Block Cards available too from different brands like Gigabyte, Zotac, and MSI which you can also check out from the links given below. 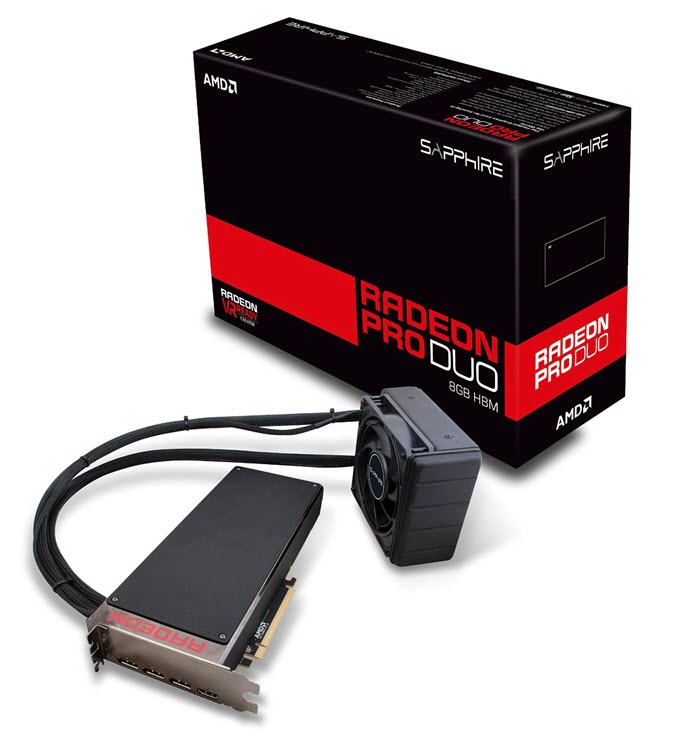 This is a slightly older card compared to the latest GeForce 10 series cards but its performance is comparable to that of GeForce GTX 1080. The card has a closed-loop water block cooling solution and it comes with its own radiator and fan. The card has two AMD Fiji XT GPUs which are located on both sides. This is a VR Ready Card and can play latest games on maximum graphics settings at 1440p and 4K resolutions. The card is a power hog with 300W power consumption and requires three 8-pin PCI-Express power connectors and a minimum of 800W PSU for its working.

This is a complete water-cooled Radeon RX Vega 64 graphics card which means all the components i.e. GPU, VRAM, and VRM are water-cooled. This is really a monstrous card with huge power consumption at 345W. The card requires two 8-pin PCIe power connectors and a 1000 Watt PSU for its working. So before buying this card, make sure that you have a good high capacity power supply.

In the end, I would only like to say that if you are building a high-end gaming PC and looking for high-end graphics cards with the best cooling solution then you cannot get better than the ones mentioned above. These graphics cards are very stable and can also sustain higher overlocking. If you have any queries or doubts then feel free to ask me by leaving a comment below. 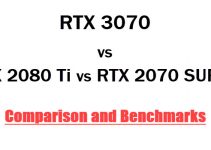