Graphics Card running at x8 instead of x16 is one of the most annoying problems that a graphics card user can encounter. Just to tell you, I have also faced this problem and it was really frustrating to detect the cause because it takes into account all the factors related to the motherboard, operating system, and the graphics card. Sometimes, it may not be a problem at all and simply a misunderstanding, because, at low GPU loads, the PCIe bus runs at lower speeds to conserve power, which is also a part of the power management features in windows, and at higher GPU loads, it switches to higher PCIe mode to deliver maximum performance needed by the games or applications

Normally, at low loads, the PCIe x16 bus runs at PCIe x16 1.1 and as the load increases, it goes to high bandwidth state which is generally PCIe x16 3.0, assuming that your graphics, CPU, and motherboard supports PCIe 3.0 standard. So, if the PCIe x16 bus switches from PCIe x16 1.1 state to PCIe x16 3.0 as the load increases, then you don’t have to worry about at all, because everything is working properly as expected. The point of concern is when your graphics card is capable of running at PCIe x16 3.0 but is running at PCIe x8 1.1 or PCIe x8 3.0, even at full GPU load. For example, in the image below, you can clearly see that the graphics card is only utilizing x8 lanes and is not working at its full capacity, which is at x16, even though the PCIe standard is switching from PCIe 1.1 to PCIe 3.0. 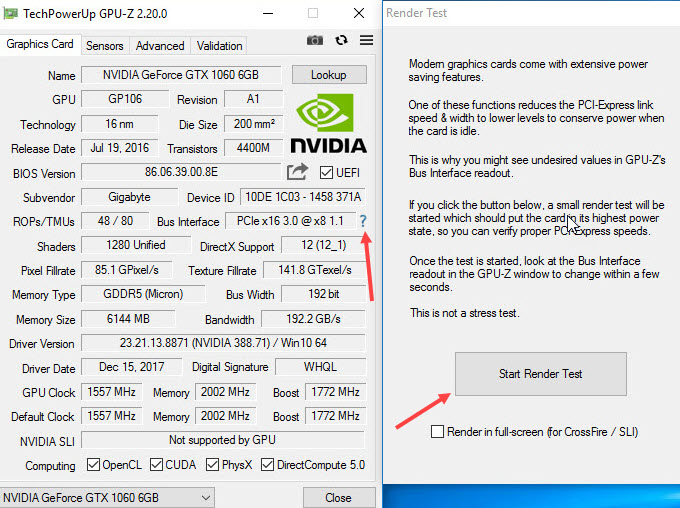 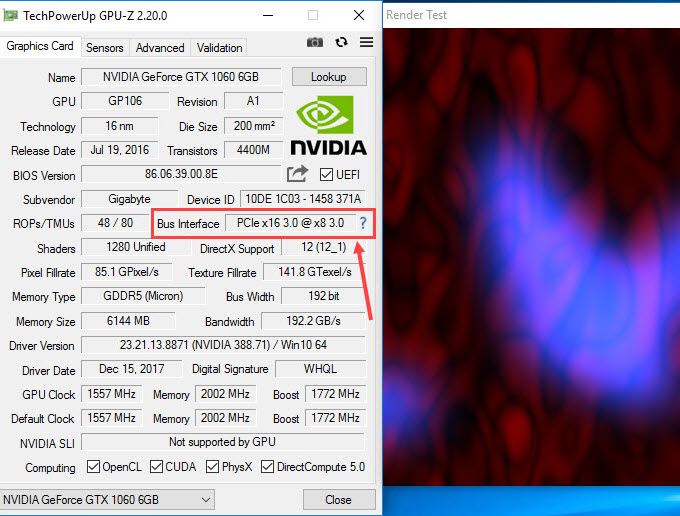 Note: In the above scenarios, both the graphics card and motherboard supports PCIe 3.0 x16 interface.

If your PCIe x16 bus is working at PCIe x8 at full GPU load, instead of x16 (both PCIe 3.0), then you normally don’t have to worry about the performance as such. This is because even if you have a high-end graphics card like GTX 1080 Ti then also it will be nearly impossible for it to saturate the PCIe 3.0 x8 bus when it is running at its maximum performance or capacity. However, you may encounter a tiny performance loss in some applications or games, which is around 1% to 2% at max. However, you can suffer significant performance loss then the graphics card runs at PCIe 1.1 x8, PCIe 2.0 x8 or at PCIe 3.0 x4, given that both the graphics card and motherboard are PCIe 3.0 x16 capable.

Here are the various causes (with their solutions) that can make your graphics card to run at x8 instead of x16 in your PCIe x16 slot. 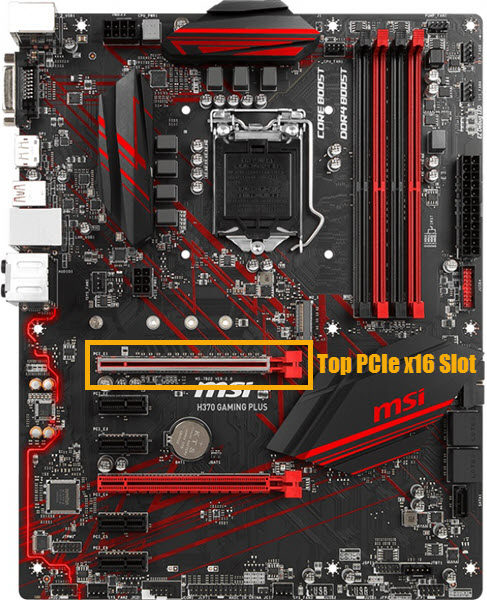 One of the most important things to do, when you face this problem is to reseat your graphics card. Remove the graphics card from the PCI-E x16 slot, clean the PCI-E connector contacts with isopropyl alcohol and put it back in the PCI-E x16 slot properly. This is because, sometimes dust or even some part of the warranty sticker can be present on the PCI-E connector, which can result in this issue. Also, make sure that the motherboard PCI-E x16 slot is clean and there is no dust present in it. You can clean off the dust using an electric air duster by blowing air on the PCIe x16 slot. 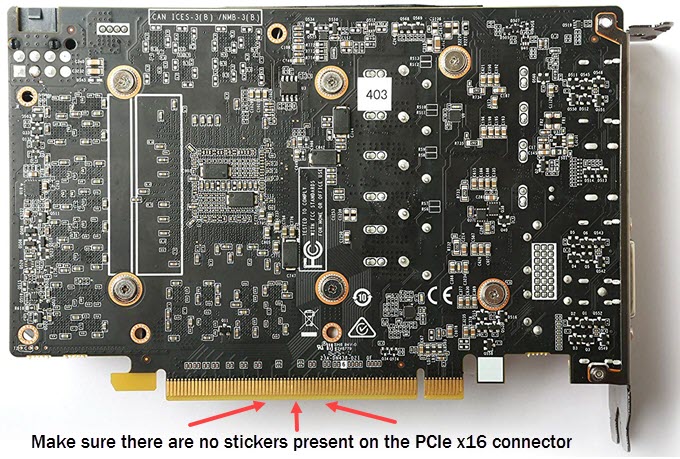 If you have PCIe NVMe SSD installed in your computer, then it might be possible that the NVMe SSD is consuming some of the PCIe lanes of the CPU, and this will result in your graphics card to run at lower PCIe x8 speed. This can happen with some motherboards where the chipset PCIe lanes are not configured to be utilized for NVMe SSDs. So, here you can remove the NVMe SSD from the M.2 slot to check that whether your graphics card is now operating at full PCIe x16 speed or not. This issue can also happen if you have a PCIe expansion card (sound card etc.) in the adjacent PCIe slot, which is eating up your PCI Express lanes and making your graphics card run at PCIe x8. So, here also, you can remove the PCIe expansion card and can check whether the PCIe status of the graphics card reverts to the PCIe x16 or not. 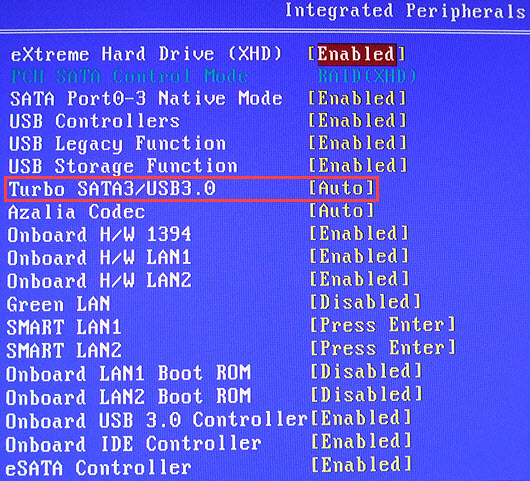 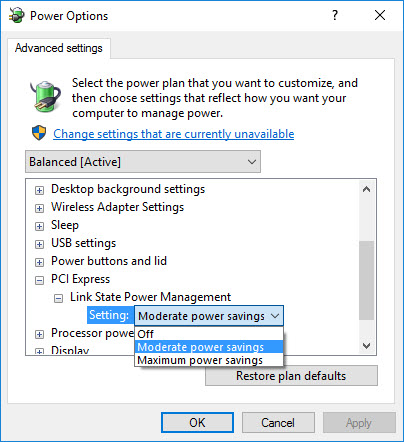 Clean install the video drivers by removing the older ones using Display Driver Uninstaller (DDU) utility to check whether the issue is from the driver side or not. You can also install the latest chipset drivers for your motherboard to confirm that it is not a driver related issue.

A faulty motherboard can also be a cause of this issue and you cannot do anything in this case, other than replacing the motherboard itself. To check whether the culprit is the motherboard, you can try running your graphics card in another PC (friend’s PC or other), and if the card runs at full PCIe x16 speed in that system, then the issue is with the motherboard only, given that you have already tried all the above-mentioned solutions. If the motherboard is under warranty, then you can ask for a replacement from the seller. 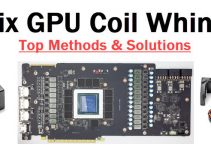 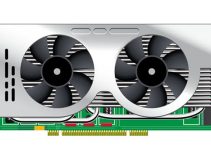 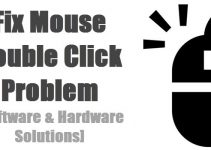