Nvidia has expanded its GeForce RTX 20 Series by adding three new cards in the lineup, which are RTX 2060 Super, RTX 2070 Super, and RTX 2080 Super. These RTX Super series cards offer more performance than their regular counterparts (non-Super ones), and that too at the same price. The only exception here is the RTX 2060 Super, which is slightly expensive than its non-Super model. This desperate move by Nvidia to launch the RTX super series so quickly is because to combat the Radeon RX 5700 and Radeon RX 5700 XT, which are the main rivals of the non-super RTX 2060 and RTX 2070.

The RTX Super series cards use the same Turing GPU architecture and are built on the 12nm manufacturing process. These cards have suffix ‘Super’ to their names, which is similar to the ‘Ti’ suffix that Nvidia has been using to their more powerful variants of the cards. These Super series cards support Real-Time Ray Tracing and DLSS because they do have RT cores and Tensor cores in them, just like their non-Super counterparts. To learn more about these cards and how they will perform in games, here I am going to list down their specifications of these RTX Super series card along with my opinions about them.

What is New in RTX Super Cards?

RTX Super series graphics cards come with significantly more CUDA Cores and higher GPU clock speeds than its regular counterparts. Also, they do have slightly more RT Cores and Tensor Cores too in them. The memory speed, amount and interface remain the same for most of the cards with the exception being RTX 2060 Super that has got extra 2GB VRAM and higher interface of 256-bit. The difference in the number of CUDA Cores between RTX 2060 Super & RTX 2060, and RTX 2070 Super & RTX 2070 is of 256 CUDA Cores, whereas in the RTX 2080 Super and RTX 2080, it is only 128 CUDA Cores, which is not so significant. RTX Super series cards come with pretty higher GPU Clock speeds, both for Base and Boost. The difference in the GPU clock speed (both Base & Boost) for Super and non-Super series RTX cards is of 100MHz on average.

Now, setting differences aside, the great thing about the RTX Super series cards is that they are priced the same as of the non-Super counterparts, except for RTX 2060 Super, which is about $50 premium over the RTX 2060, mainly because of its extra 2GB VRAM. When it comes to features, then both RTX Super and non-Super series cards come with same features that include support for Real Time Ray Tracing, DLSS (Deep Learning Super Sampling), DirectX 12, OpenGL 4.5, Vulkan, Nvidia Ansel, GPU Boost, Nvidia G-Sync, New NVENC Encoder, and are VR Ready graphics cards. Only RTX 2080 Super and RTX 2070 Super support SLI and USB Type-C connector for VirtualLink for hooking up next-generation Virtual Reality Headsets for an immersive Virtual Reality Gaming experience.

RTX 2080 Super is now the second most powerful card in the RTX 20 series, replacing the RTX 2080. The GPU chip used here is TU104 and the card comes with 3072 CUDA Cores and 8GB GDDR6 memory. It has 128 CUDA Cores more than the regular RTX 2080 and also has higher GPU and Memory clock speed. Also, it does get some extra RT Cores and Tensor Cores that can result in slightly higher performance in Real Time Ray Tracing and DLSS in supported games. The card does support SLI, but it does consume a little more power at 250W, compared to the 225W in RTX 2080. For power, it does require one 8-pin and 6-pin PCIe power connector and the PSU requirement is 650W. It is priced at $699 MSRP, the same as RTX 2080. 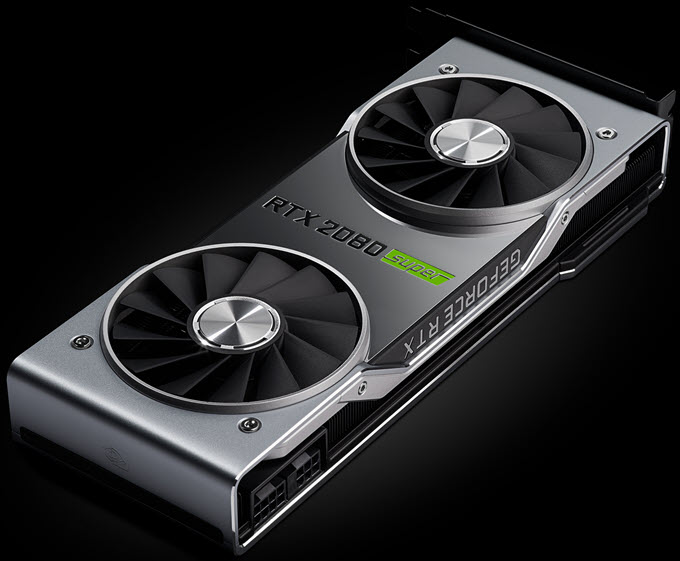 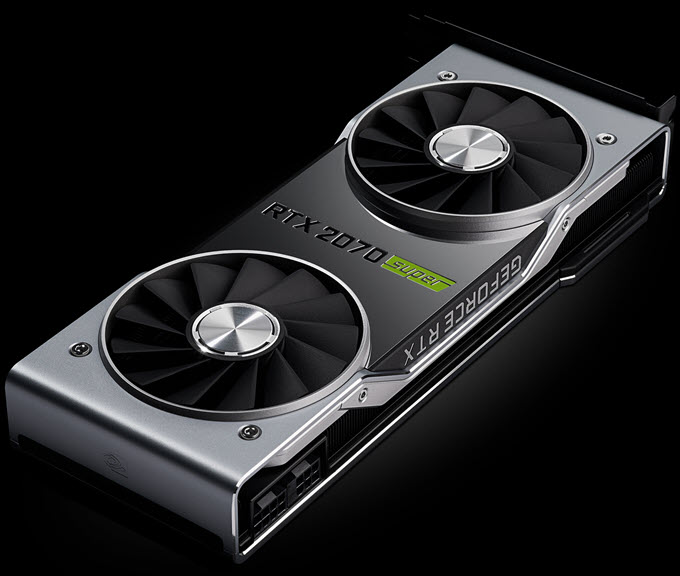 RTX 2060 Super is the only card here that offers a bit more compared to other RTX Super cards over its non-Super variant. This is because in spite of having more CUDA Cores, RT Cores and Tensor Cores over the non-Super RTX 2060, it also offers extra 2GB VRAM and increased memory interface of 256-bit that, which then ultimately results in higher memory bandwidth. The card comes with 2176 CUDA Cores, 256 more than the non-Super one and has got 8GB GDDR6 memory having a 256-bit interface. The GPU chip used here is TU106, the same used in the RTX 2070 and RTX 2060. The power consumption of this card is slightly on the higher side at 175W, compared to 160W in RTX 2060, and it requires a 550W for its working. For power, it requires only an 8-pin PCIe power connector, which RTX 2060 also requires. RTX 2060 Super costs $50 more than its non-super variant, and you can get it at $349 MSRP. 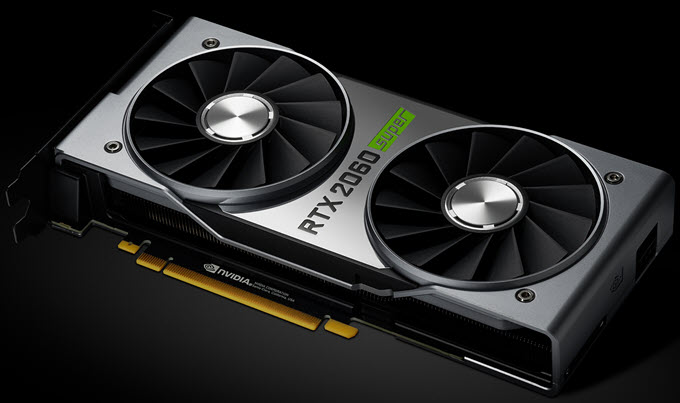 The below mentioned benchmarks will give you an idea about the gaming performance of the new RTX 2060 Super, RTX 2070 Super and RTX 2080 Super graphics cards.

Here are the benchmarks of RTX 2060 Super and RTX 2070 Super graphics cards in some of the most popular AAA titles at 1440p resolution. 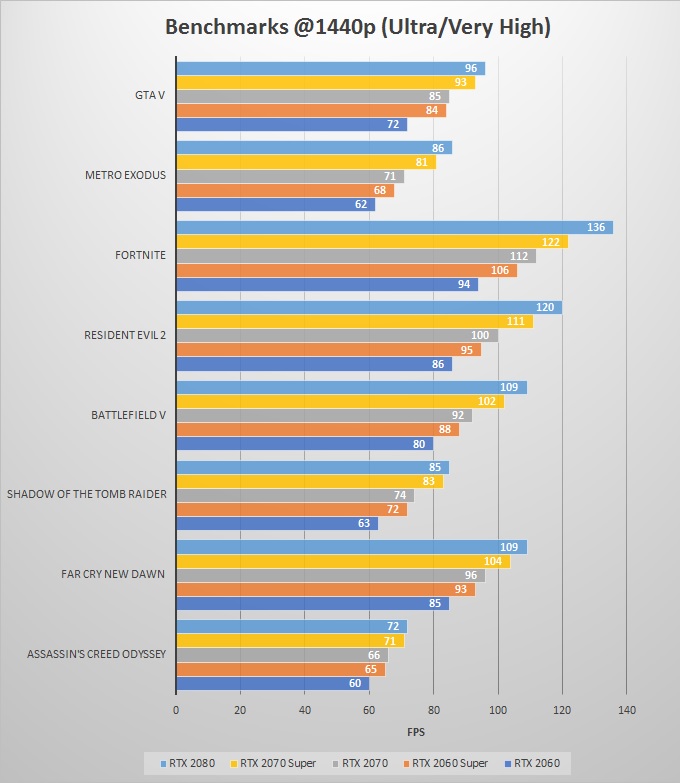 From the above benchmarks, you can clearly see that RTX 2070 Super performs similar to RTX 2080, and the RTX 2060 Super matches RTX 2070 level of performance. 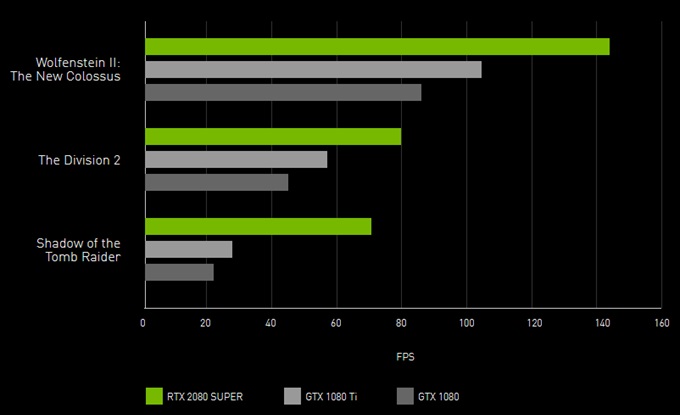 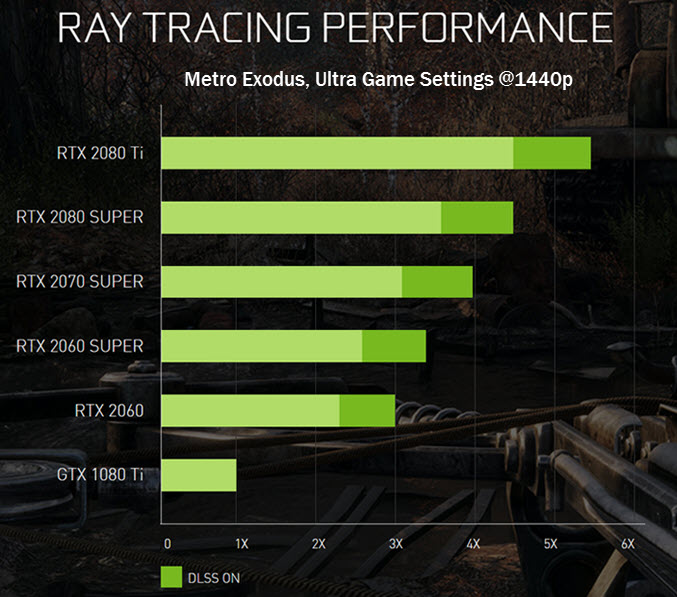 To be honest, these RTX Super series cards are not entirely new at all. In fact, it is just old wine in a new bottle. If I have to say it clearly, then RTX 2060 Super is almost an RTX 2070, and RTX 2070 Super is almost an RTX 2080 with the same price tag. On the other hand, RTX 2080 Super is just a slightly beefed-up version of RTX 2080 with slightly more cores and higher memory speed. The gaming performance figures of these cards tell the same story too.

The introduction of the RTX Super series has created some sort of confusion in the minds of gamers because the gap between the adjacent cards is very minimal and you can get confused on which card to choose for your next gaming build. Also, I really feel bad for the customers who have already purchased RTX 2060, RTX 2070 and RTX 2080 cards a while back, because now these Super series variants of these cards offer better performance at the same price, and honestly they do feel cheated by the Nvidia on a serious note. However, it seems like Nvidia is going to discontinue the non-Super RTX cards (except RTX 2060), and will go on with these RTX Super cards in the future. So, if you are looking to buy your new RTX 20 series card for your gaming PC, then it is better to go with Super one only unless you get a great deal on a non-Super RTX card. 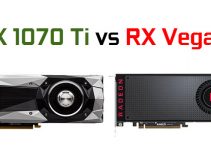 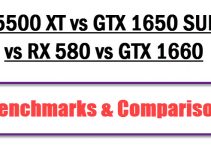