If you are looking for a high-end graphics card for 1440p gaming that offers excellent performance for the money, then RTX 3060 Ti is what you need to get. The card is also very capable of 4K gaming, and you can get 60 FPS or maybe more in the latest AAA games by lowering some of the intensive graphics settings depending on the game you are playing. RTX 3060 Ti is as fast or slightly better than the RTX 2080 SUPER and way faster than the RTX 2060 SUPER and RX 5700 XT, the same priced cards.

Besides Founders Edition, there are various custom AIB models available of RTX 3060 Ti with different cooler designs and form factors. Some of them are highly overclocked and may offer additional features that you won’t find in the reference card. To help you pick the best RTX 3060 Ti card for your specific requirements, here I am going to list down the best RTX 3060 Ti custom models based on different parameters.

ASUS GeForce RTX 3060 Ti STRIX OC is the most overclocked RTX 3060 Ti graphics card in the market. It is also one of the coolest running RTX 3060 Ti cards around. The card comes with a GPU Boost clock of 1860 MHz in normal mode and 1890 MHz in OC mode (which can be enabled in GPU Tweak II software) which is 225 MHz more than the reference. The card uses a massive aluminum heatsink and seven copper heatpipes for better heat transfer for cooling. The heatsink’s GPU base plate has a smooth and polished surface to make superior contact with the GPU die and GDDR6 memory chips. The heatsink is cooled down by three Axial-tech fans with connected fan blades. The middle fan spins in the opposite direction to the other two which helps in reducing air turbulence and boosts airflow for better thermal performance. The semi-passive cooling technology shuts off the fans during idle or when the GPU load is low or when the temperature is below 48° Celsius and allows for a completely silent operation. Also, the card features Dual BIOS, and you can switch between Performance (P) and Quiet (Q) mode (via physical switch) based on your requirements. 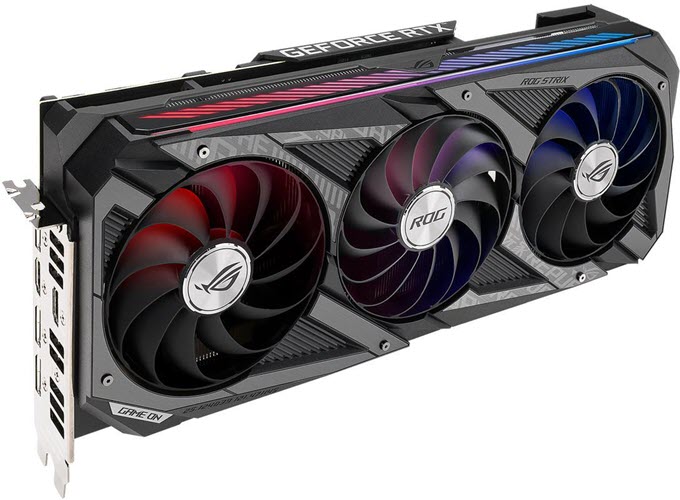 It is a massive card having a 2.9 slot design and is 320mm long. The card is supported by a vented metal backplate and a metal frame is present to provide structural integrity and prevents the card from sagging. For added robustness, the card comes with Stainless Steel I/O Bracket and a metal GPU Bracket. The shroud is stylish, and on its top-edge, RGB lighting can be seen that looks very attractive. The card features two fan headers for connecting extra chassis fans that can be synced with the CPU or GPU temperature curve. Using the ASUS GPU Tweak II utility, you can tweak critical parameters, including GPU core clocks, memory frequency, fan speed, and voltage settings, with the option to monitor everything in real-time through a customizable on-screen display. For power, the card requires two 8-pin PCIe connectors and a 750W PSU. Display connectivity options include three DisplayPort 1.4a and two HDMI 2.1 ports. The exact model number for this card is ROG-STRIX-RTX3060TI-O8G-GAMING. Overall, a great looking, feature-rich RTX 3060 Ti card, but it is on the expensive side compared to other custom RTX 3060 Ti cards from other companies.

A compact RTX 3060 Ti graphics card for use in small form factor cases and builds. It is a dual-slot card that is around 222mm in length and can fit most SFF and mini-ITX cases. It is a non-OC card and operates at the reference clock only, which is 1665 MHz for GPU Boost. The IceStorm 2.0 cooling on the card uses a wide aluminum fin-stack array heatsink paired with four copper heatpipes. The heatsink is cooled by two all-new 11-blade fans that can increase the airflow by 10% compared to the previous generation design. There is no semi-passive cooling feature available on this card, which means fans will speed all the time. However, you can control the speed of both the fans individually using the Zotac FireStorm software. This software is also used for monitoring and control various settings related to GPU clock, Video Memory clock, adjusting GPU voltage, and more. 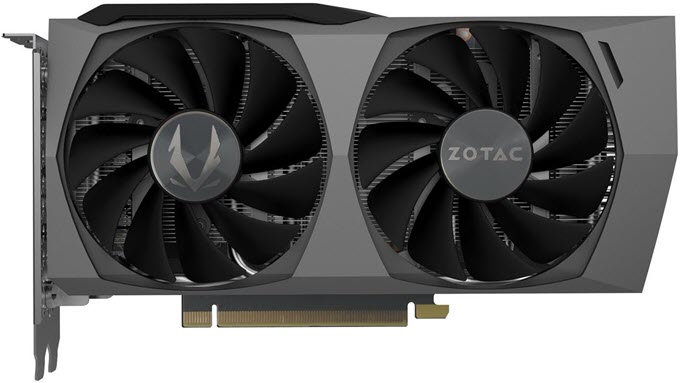 The card uses a Metal Wraparound Backplate that protects the card from the backside and the sides. The card requires a single 8-pin PCIe connector and 650W PSU for its working. Display connectivity options include three DisplayPort 1.4a ports and one HDMI 2.1 port. Overall, a compact and affordable RTX 3060 Ti card that can fit in smaller chassis quite easily.

If you are looking for a super silent RTX 3060 Ti, then MSI GeForce RTX 3060 Ti GAMING X TRIO is probably the best. It is also one of the best-performing RTX 3060 Ti cards and runs pretty cool too. It is an OC edition card with a GPU Boost clock of 1830 MHz, which is 165 MHz more than the reference. It is a stylish and beautiful-looking card and has very good build quality. The card uses TRI FROZR 2 Thermal Design that comprises a large aluminum heatsink with six copper heatpipes that have direct contact with the GPU. On the edge of the heatsink, deflectors are present that provide additional surface area and guide air to where it is needed for maximum cooling. Moreover, wave-curved 2.0 fin edges disrupt unwanted airflow harmonics resulting in reduced noise. The heatsink is cooled down by three TORX 4.0 fans that have pairs of fan blades bound together with an outer ring design to achieve focused airflow for better cooling performance. The fans on the card are very silent even during maximum GPU load. The Zero Frozr technology on this card provides a semi-passive cooling operation where the fans do not spin under low GPU load and temperature. 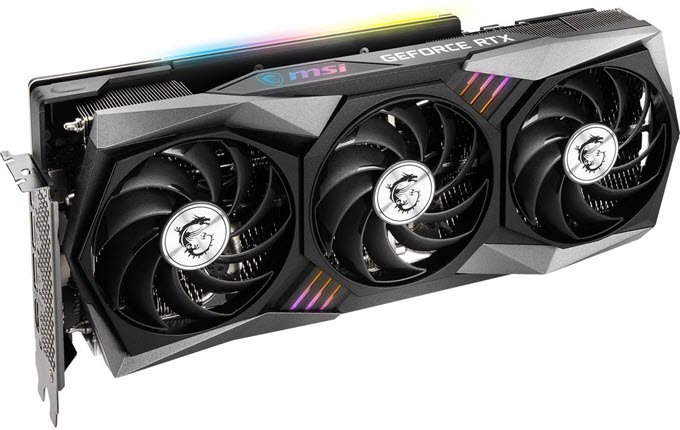 It is a big card having a 2.7 slot design and occupies three slots in your computer case. A graphene backplate, made from graphite and plastic, is present to protect the card, and it also helps in cooling down some of the VRM components present on the backside of the PCB. Moreover, an anti-bending plate is located on the PCB’s top edge that prevents the card from bending or sagging under its own load. A GPU support bracket is also bundled with the card to provide additional support to the card if needed.  The RGB lighting can be viewed on the top of the shroud and at the top edge of the card near the backplate. The card’s power consumption is 240W, which is on the higher side compared to the reference model. The card requires two 8-pin PCIe connectors, and a 650W PSU is recommended for it. Display connectivity options include three DisplayPort 1.4a and one HDMI 2.1 port. Using MSI’s exclusive Dragon Center software, you can monitor, tweak, and optimize the card based on your requirements.

ASUS TUF Gaming GeForce RTX 3060 Ti OC is the coolest running RTX 3060 Ti card. It also runs very quiet and is one of the best RTX 3060 Ti custom cards you can buy. The card exhibits great build quality and comes with a metal shroud made from aluminum. For cooling, it uses a large aluminum fin array heatsink with five copper heatpipes and a smooth polished GPU base for better contact with the GPU die. There are three Axial-tech fans present to cool down the heatsink. These axial-tech fans have connected fan blades and use dual ball bearings for a longer lifespan. The middle fan spins in the reverse direction to the two to reduce air turbulence for better cooling performance. The fan-stop mode stops the fans from spinning when the temperature is under 55 degrees Celsius for a totally silent operation. Also, the fans are very quiet under maximum GPU load. Moreover, the Dual BIOS switch on the card allows you to switch between Performance (P) and Quiet (Q) BIOS based on your requirements. 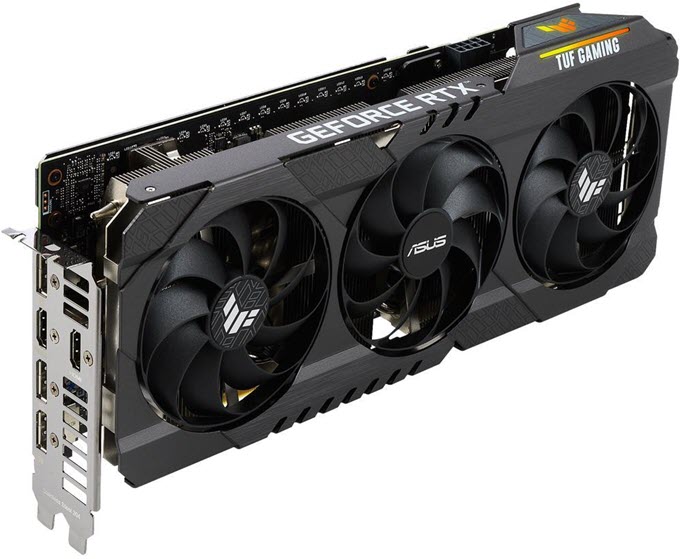 It is a 2.7 slot card and comes with a vented metal back that protects the card from damage, prevents it from sagging, and also helps cool down some of the VRM components located on the backside of the card’s PCB. The card uses high-quality MOSFETs, capacitors, and other components which is a trademark of the TUF series products from Asus. The RGB lighting can be seen on the top edge of the shroud and looks pretty nice. The card requires only one 8-pin PCIe connector for power, and a 750W PSU is recommended. Display connectivity options include three DisplayPort 1.4a and two HDMI 2.1 ports. The ASUS GPU Tweak II utility allows you to tweak critical parameters, including GPU core clocks, memory frequency, and voltage settings, with the option to monitor everything in real-time through a customizable on-screen display. In my opinion, it is the best overall RTX 3060 Ti card you can buy for your gaming needs.

The best dual fan and dual-slot RTX 3060 Ti card is the Gigabyte GeForce RTX 3060 Ti EAGLE OC 8G. It is also a relatively compact card and is only 242mm in length. It is a slightly overclocked card and has a GPU Boost Clock of 1695 MHz. The card uses WINDFORCE 2X Cooling System that consists of an aluminum fin heatsink with four copper heatpipes that makes direct contact with the GPU for better heat transfer. The heatsink is cooled down by two unique blade 100mm fans that spin in the opposite direction so that the airflow direction between the two fans is the same, reducing the turbulence and enhancing the airflow pressure. The 3D Active Fan technology on this card provides semi-passive cooling where the fans will remain off when the GPU is in a low load or low power game. The card runs pretty cool for a dual-fan dual-slot cooler, but it isn’t quiet at full GPU load when the fans spin at their maximum speed. 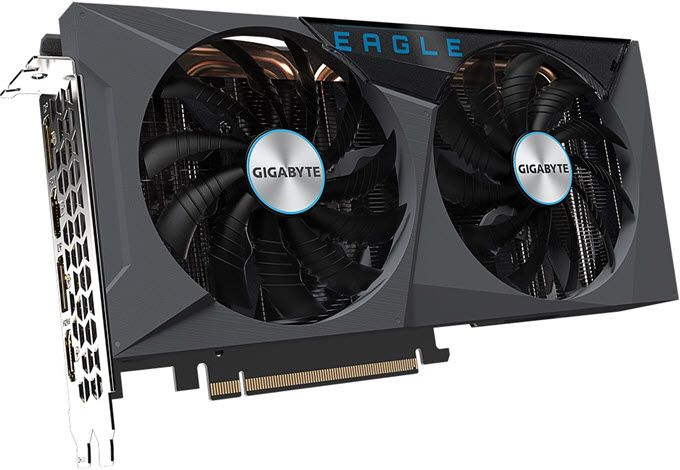 The plastic backplate protects the card’s PCB against damage from the backside and gives it structural integrity. The card sports RGB LED lighting that can be seen on the top edge of the plastic shroud. The graphics card also features a power supply fault indicator that flashes in case of any abnormal power supply issue. The card requires one 8-pin PCIe connector for power, and the recommended PSU is of 600 Wattage. Display connectivity options include two DisplayPort 1.4a ports and two HDMI 2.1 ports. Using the AORUS Engine software, you can adjust the clock speed, voltage, fan performance, and power target in real-time according to your game’s requirements.

Some other good RTX 3060 Ti cards that you can check out.

There is absolutely no doubt that RTX 3060 Ti is probably the best value high-end card in the market for excellent 1440p gaming performance. It can also let you game pretty comfortably at 4K at respectable frame rates if you can lower some of the in-game graphics settings, which can vary from one game to another. The card is also very power efficient when compared to the other cards in its league. Overall, RTX 3060 Ti is the best budget high-end graphics card that delivers great performance at a very competitive price. If you have any doubts about selecting the right custom RTX 3060 Ti card, then you can ask me your queries in the comment box below. 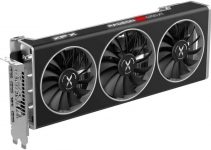