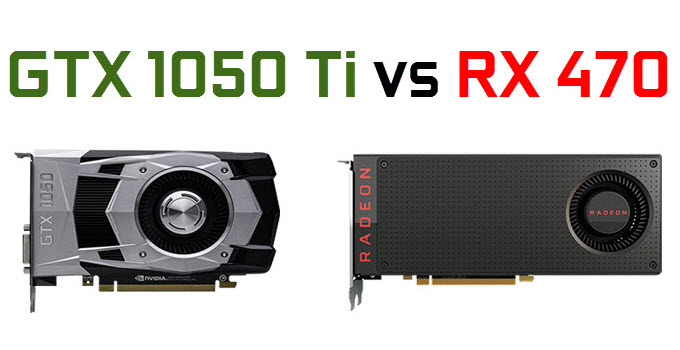 Here is comparison of GeForce GTX 1050 Ti and Radeon RX 470 graphics cards based on their specifications and gaming performance.

GTX 1050 Ti is based on the latest Pascal GPU architecture from Nvidia and comes with 768 CUDA Cores whereas Radeon RX 470 is built on the latest Polaris GPU architecture from AMD and comes with 2048 Cores. Both these graphics cards are manufactured on the 14nm fabrication process. Also you must note that CUDA Cores and Stream Processors are different technologies and their working is also different.

GTX 1050 Ti comes with only 4GB GDDR5 video memory having 128-bit interface whereas Radeon RX 470 comes in both 4GB and 8GB GDDR5 VRAM variants having memory interface of 256-bit. The memory bandwidth of RX 470 is almost double of GTX 1050 Ti because of its wider memory interface of 256-bits. The memory speed for these graphics cards may vary depending on the graphics card manufacturer.

GeForce GTX 1050 Ti and Radeon RX 470 supports all the latest graphics APIs that include DirectX 12, OpenGL 4.5 and Vulkan. GeForce GTX 1050 Ti do not support SLI multi-GPU setup but Radeon RX 470 can be run in multi-GPU configuration known as CrossFire from AMD. This means you can run dual RX 470 cards on the same motherboard and double you gaming as well as graphics performance.

GTX 1050 Ti supports G-Sync and RX 470 supports FreeSync. G-Sync and FreeSync are variable refresh rate technologies from Nvidia and AMD respectively, and they prevent screen tearing in games and provides your smooth gameplay without any stuttering. Technically these graphics cards are not VR Ready but Radeon RX 470 is powerful enough to provide you a good VR experience.

In terms of pricing GTX 1050 Ti is way cheaper than Radeon RX 470. So here GeForce GTX 1050 Ti wins by a huge margin. You can check the prices of both these graphics cards from the link given below.

At the end I would like to say that both these graphics cards are great for 1080p gaming. RX 470 is certainly faster than GTX 1050 Ti in terms of processing power, games and benchmarks but GTX 1050 Ti is a lot cheaper and is powerful enough to play games on high settings at 1080p. So for mainstream users or users on budget GTX 1050 Ti is the card that I recommend but if you have slightly higher budget then you can go for RX 470 also.

My Pick: GeForce GTX 1050 Ti if budget is a main concern otherwise Radeon RX 470 is certainly a better choice. 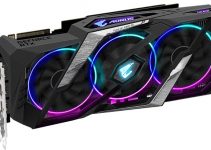 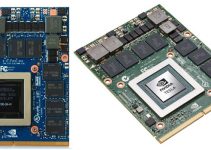 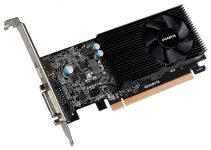